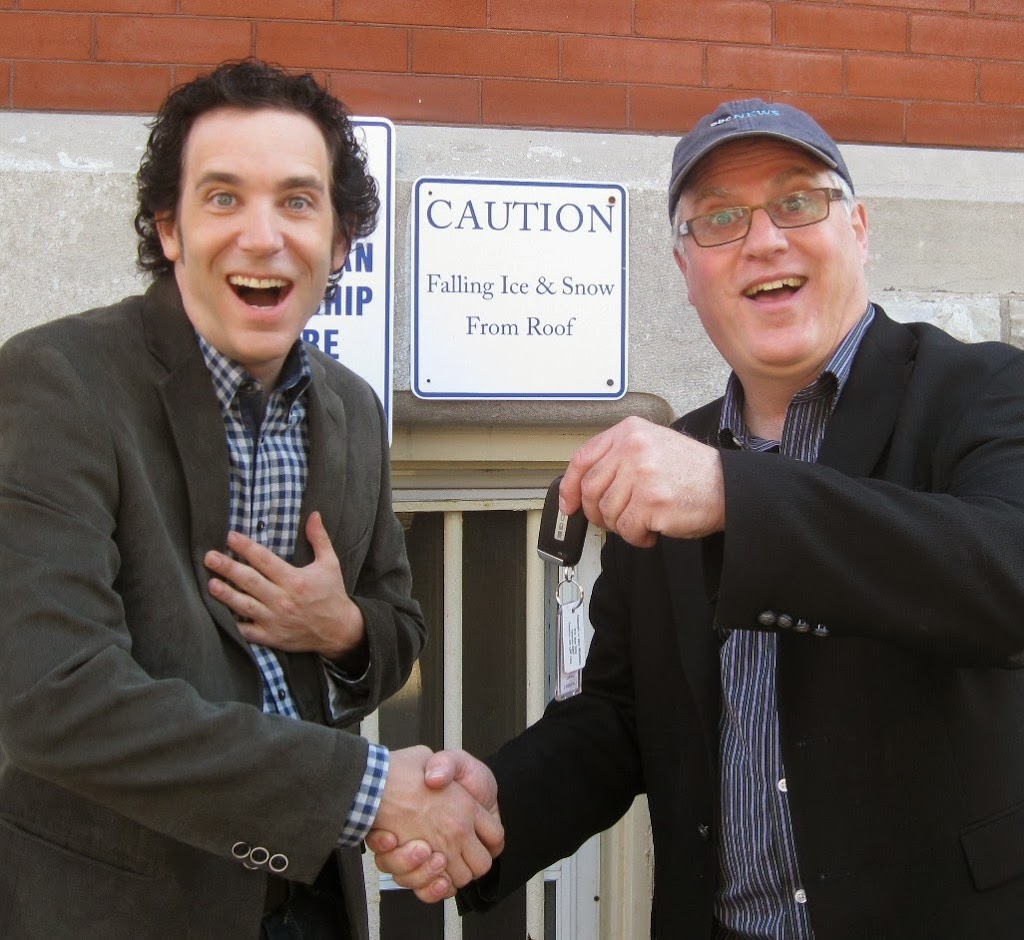 Jonas Chernick presented with the keys to Brian Dennis’ car OTTAWA–Parliament might have been prorogued, but that hasn’t shut down the political shenanigans on the set of The Best Laid Plans. The six-part CBC miniseries, coming early in the new year, stars Jonas Chernick as a political operative who catches his girlfriend with another man