Some people swoon over their first car. They never forget where they drove it, how much it cost, the smell of the interior.

Moses Znaimer has that same deep connection to television. Not just the medium, or the ZoomerMedia empire he now runs, but the actual box itself. Znaimer loves TV sets. He has purchased hundreds of them. Really rare, one-of-a-kind classics. So many he has his own museum.

On Thursday, together with officials from the Cinematheque Quebecoise, he hosted the grand opening of the new location in Toronto. (Znaimer donated 383 receivers to the CQ along with much of his TV archive.) The MZTV Museum of Television & Archive now occupies a spacious gallery housed inside Znaimer’s “Zoomerplex” compound in Toronto’s Liberty Village.

Znaimer, 72, is well known in Canadian TV circles as first a CBC firebrand and then an independent TV maverick. He became something of a cult figure as co-founder of Toronto’s City-TV in the early ’70s. He has reinvented himself now as the guy bringing sexy back for Boomers through his burgeoning Zoomer media empire.

When he was exiting the little City station that grew I was covering TV at the Toronto Sun and–being the elbows up kind of TV columnist I thought fit the paper back then–I wrote a fairly dismissive adios. Znaimer sent me a hat branded with his media confab logo, suggesting I wear it to “replace the one I was talking through.”

Well, I take my hat off to him today. Znaimer continues to be a visionary in the crazy business of television. What he has done to celebrate its legacy is rather heroic.

Plus his heart’s in the right place. Not every TV he owns is on display. He still has the first one he ever bought–at 13, with his Bar Mitzvah money. It was his family’s first set.

I had seen some of Znaimer’s collection before when it was on display on Queen Street West near his former haunt, City-TV. This new collection–especially from the perspective of anyone who has spend 30 years chasing TV stories–is mind-blowing. Artifacts I had only ever read about in old books about television are right here, in Toronto, on display.

One prize being the actual Felix The Cat doll that was bought at FAO Schwartz in 1928. The black and white ‘toon toy was then stuck in front of a hot light in a makeshift New York studio as an ultra low-definition camera scanned it into history. It’s a bit like looking at Jacques Plante’s first goalie mask at the Hockey Hall of Fame, or the Wright Brothers first Flyer hanging from the rafters of the Smithsonian.

Not even Felix can compete with Znaimer’s ultimate prize–the original TRK-12 Phantom Telereceiver which was on display at the RCA Pavilion during the 1939 New York World’s Fair. This is the first TV set people at that historic fair had ever seen. U.S. broadcasting began 75 years ago in April of 1939 at the fair. This set had a novelty cabinet made out of Lucite, a new miracle plastic being promoted at the fair from DuPont. The transparent case allowed fairgoers to see inside at the wires and tubes, proof that there wasn’t a film running inside the box. TV was that new and that astounding.

Znaimer got the collecting bug after spotting a Philco Predicta set from the ’50s in the office of an inventor at CBS labs. He couldn’t keep his eyes off “this commanding piece of sculpture,” he writes in a 2006 essay entitled, “Why This Collection?” The Predicta’s are prized for their swivel tube tops and modern, space-age design. He had to have the set.

He’s got the whole line of Predicta’s on display at the MZTV Museum. They’re right behind the TRK-12. Znaimer told me at the opening that he found out the set was still in existence in the mid-’90s, when he started getting serious about collecting. He’d heard rumours that it had been tucked away somewhere in a warehouse. Much of the RCA Pavilion artifacts were quickly crated up and stored when the outbreak of World War II chilled plans to extend the Fair beyond its 1940 season.

Znaimer says the set was finally located in Israel. Other cases had been piled on top, damaging much of the original Lucite container. Only the lid on display at the MZTV Museum is original; the rest of the case has been duplicated. The “guts” of the set are original, however, making this truly a one-of-a-kind find.

There are hundreds of TV sets, many dating back prior to World War II, which is amazing considering there are more Stradivarius violins left in the world than pre-war TV sets. The museum also boasts books, magazines, toys, papers and other related artifacts from not just North America but The U.K., Germany, Italy and Russia. Most cover the formative, 50-year period from the ’20s to the ’70s.

You won’t see a better collection of vintage TV sets anywhere and believe me I’ve looked. There’s nothing like this on display at the Paley Center’s in L.A. or New York. Check out this unique museum–you’ll never have a better time watching televisions that are turned off. For more information, follow this link to mztv.com. 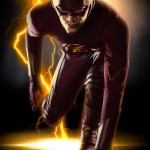 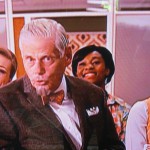