This week, CHML’s Scott Thompson wants to talk late night. Specifically, he brings up Chris Rock, a guest recently on The Late Show with David Letterman. Scott says Dave was sitting on eggshells throughout the segment, probably hoping Rock would not bring up Bill Cosby. Scott points out Bill Maher is the only late night comedian who will go there. Maher makes a living jumping on hot buttons and his perch over on HBO allows him more latitude but other comedians seem to be giving Cosby a free pass so far.

We also talk about all the changes in late night. Thursday is Colbert’s final “Report” (the last guest is “Grimmy,” who appears to be the Grim Reaper) and Friday Craig Ferguson signs off on CBS’s “The Late Late Show.”  The clock is ticking on Letterman, who hosts his final Christmas party with Darlene Love and Jay Thomas before he walks away from “Late Show” in May.

Scott says Ferguson doesn’t look so happy these days but I point out that the man’s from Scotland.

There’s much more blather. You can listen in here. 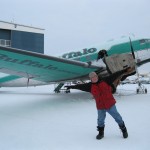 WEDNESDAY: Ice Pilots NWT flies off into the sunset 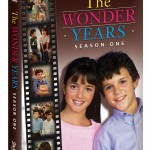 Here it is! The ultimate Christmas gift guide for the TV fan in your family