Think of it: every young actor dreams of finding the right part with the right director in the perfect city. An actor could search from dusk till dawn for such a role, which is exactly what happened to Zane Holtz and D.J. Cotrona on From Dusk Till Dawn.

The series, spun off from the Robert Rodriguez’ grindhouse cult classics of the ‘90s, returned for a second season earlier this week in Canada on Netflix. In the U.S., it airs on Rodriguez’ cable net, El Rey.

Holtz, originally from Vancouver, plays Richie Gecko and Cotrona plays big brother Seth—roles originated by George Clooney and Quentin Tarantino in the movies. Texas Rangers are after them. Sexy vampires—including Eiza Gonzalez as wicked Santanico Pandemonium– are dying to sink their fangs into them. They’re mixed up with some tough hombres, including, this season, scary dudes played by Danny Trejo and Esai Morales. Sex and violence ensues.

Holtz, 28, is happy From Dusk Till Dawn will be creeping out Canadians for another season on Netflix. He spent the summer in Vancouver with family and friends and is glad they have a window on the show. A younger brother in the Canadian Armed Forces stationed in New Brunswick is also a fan.

Both he and Cotroja are quite sold on Austin, Texas, home base to Rodriguez’ Troublemaker Studios.

“Usually, you’re a Carney chasing a tax incentive,” says Cotrona, neatly summing up how TV actors bounce from town to town nowadays in search of work.  Tax breaks from provinces and states has seen production migrate from Hollywood to Wilmington, N. Carolina, Winnipeg, Man., and even Sudbury, Ont., in recent years. Rodriguez built his studio in his hometown and lets actors come to him, which works for Holtz. “I didn’t know what to expect until I got here. It’s a very fit town that has everything going on.”

Austin is famous for a bridge where a million-and-a-half bats fly out from at night, heading directly for the setting sun. “Bat City” is one of Austin’s nicknames, so a fitting place to shoot a vampire series.

Read more about Holtz, Cotrona and From Dusk Till Dawn here at this story I wrote for The Toronto Star. 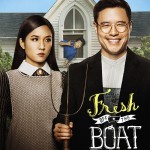 Randall Park’s big year beyond Fresh Off The Boat 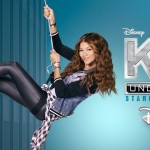