The Super Bowl remains — by far — the biggest draw on television. But will Sunday’s Super Bowl LIII arrest the ratings slide that has occurred the past few years? And will Canadians still be able to watch the U.S. feed (this year on CBS) and, therefore, all those big-budget American Super Bowl commercials? Here’s some answers and speculation:

In Canada, the viewing numbers have been trickier to tally ever since 2016, when the Canadian Radio-television Telecommunications Commission mandated that the Canadian rights holder must not substitute their feed over U.S. affiliated border stations — thus allowing Canadians to watch the much-hyped American commercials. In other words, starting at kickoff (around 6 p.m. ET), if you are in Toronto, tune in to CBS on Rogers channel 16 and see the American ads. Tune in to CTV, TSN or CTV Two and see the Canadian ads — including one featuring Michael Buble singing the praises of PepsiCo’s Bubly water.

Canadian NFL rights holder Bell Media threw a flag and so did the NFL and both are challenging the ruling in the courts. That is not, however, why this is likely to be the last year Canadians see the American ads. That is thanks to the newly negotiated trade agreement between Canada, the U.S. and Mexico. As a provision of that agreement, Canadian rights holders will once again be able to simultaneously substitute the Super Bowl broadcast, just as they do for all their other programming imported from the U.S.

The new trade agreement, however, has not been ratified, so enjoy this US Super Bowl ads for one last time Canada.

Bell estimated it lost about a third of its audience — and $11 million in ad revenue — because roughly a third of the Canadian audience watched American border stations carrying those American Super Bowl ads last year. Canadian Super Bowl audiences topping eight million prior to the simsub changes.

As for how many viewers will watch Sunday’s Super Bowl LIII, my guess, as I told The Programming Insider’s Douglas Pucci, is 109 million US viewers. The NFL has had a rebound year, with the Patriots overtime win over the Kansas City Chiefs two weeks ago drawing over 54 million viewers on CBS and over 2.2 million on CTV in Canada. Still, the fact that it is the Patriots again, and that cord-cutting and streaming are gaining momentum, will keep Sunday’s game from being a record-breaker.

The game between the Patriots and the Los Angeles Rams will kick off at 6:30 PM, ET from Mercedes-Benz Stadium in Atlanta, Ga. 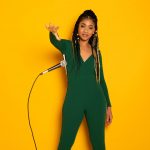 FRIDAY FILE: The Launch 2 opens to 600k in overnights 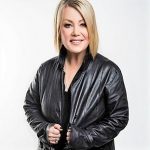