If you follow @CBC_archives on Twitter, you may have noticed a post Wednesday about a “Giant” milestone in Canadian television: Bob Homme was born 100 years ago this month.

Homme, for those too young to remember, was for a quarter of a century The Friendly Giant. His simple, 15 minute series aired mid-mornings from the ’50s through the ’80s. Back when local and national kiddie shows aired on network television, Friendly was “Must See” for the wee folk.

The Wisconsin native later became a Canadian citizen and was eventually awarded the Order of Canada. He died in Grafton, Ont., in 2000 at the age of 81.

The series ran until 1985, when the cow jumped over the moon for the very last time. For many years, it was paired with Chez Helene, another daily quarter-hour quickie which featured a hyper little mouse named Suzie.

It was a simpler time. There were no virtual sets or other computer-generated effects, just smart storytelling and familiar friends.

Homme’s straight-forward approach was not unlike another TV Bob, Keeshan, who skippered CBS’s Captain Kangaroo for a similar 30-year stretch. Both had mellow voices and manners which instantly put you at ease. There wasn’t a lot of razzle dazzle to these shows, just visits with trusted friends who never wore out their welcome.

Friendly shared his castle with Rusty, a tiny little rooster who lived in a book bag by a castle window; and Jerome, the tall, talkative giraffe next door.

Homme bought Rusty, a simple hand puppet, at a Five & Dime store. “Bob’s wife dressed him up by sewing on Rusty’s polka dot pyjama top,” the man who operated the puppet, Rod Coneybeare, once told me. The ambidextrous puppeteer was the man behind both Rusty and Jerome.

“People don’t realize what a great actor Bob was,” said Coneybeare, who winged all his dialogue with Homme. “I always thought of him as the Spencer Tracy of children’s television. He never once talked down to his audience and treated them with total respect.”

Indeed, Homme never made personal appearances so as to not disillusion kids who might expect him to be 10 feet tall. He never tried to sell you anything, except on the notion that a story a day was a good thing. There was also never a trace of irony or cynicism on the show, even when Friendly sat in with the jazz cats, a trio of kitty puppets, for a little swing session.

A true pied piper, Homme played the bright, lilting Friendly Giant theme “Early One Morning” on his recorder live every show. For years it could be heard drifting out of Canadian music classrooms. A harpist accompanied him in studio every time. They had audio and video tape back then, of course, but the fact that the show was so hand-crafted was part of its charm.

Several years ago in Halifax, I met a crew member on This Hour Has 22 Minutes whose first job in television was cranking open and shut the drawbridge to the Friendly Giant’s castle. It was hand-cranked each and every show. This still sounds to me like the best job ever in television.

As for the big chair with room enough for two to curl up in, or the one for those who like to rock, they’re both right where Friendly left them, just within the reach of your imagination. 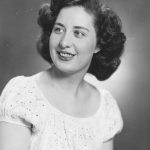 The bottomless awesomeness of the Canadian Screen Awards