Apologies to director David Winning. After he helped me out recently with very little notice on a CP story, I told him I’d be happy to spread the word on his latest Hallmark TV-movie that premiered this past weekend, “A Summer Romance.”

Turns out Winning doesn’t need my help. Over 3.2 million viewers tuned in to watch “A Summer Romance” on Hallmark and W Network last Saturday night. The Vancouver-based production stars Hallmark fave Erin Krakow (One Calls the Heart) and Ryan Paevey (above).

The film is your rich city slicker dude meets skeptical country girl romance. He wants to buy her family ranch. She wants to rescue it from development. Before you can saddle up a horse, romance ensues.

This is Calgary native Winning’s 36th feature production and he’s already prepping No. 38. With plenty of genre films and series to his credits, including episodes of Van Helsing and Blood Ties, he manages to bring flair, creativity and plenty of sparkle to these more romantic films. Not easy when you are delivering them on demanding 13- or 14-day schedules.

Actors love working with Winning too; this was his fourth TV-movie collaboration with Krakow. The film, which featured some spectacular B.C. scenery, was produced by Vicki Sotheran, Greg Malcolm and Joyce Sawa and written by Robert Tate Miller. DP was Tyler Walzak. Production designed by Rick Whitfield.

“A Summer Romance” is Hallmark’s highest-rated and most-watched Summer Nights premiere to date. If you missed it Saturday, catch it Wednesday night at 9 p.m. on Hallmark. 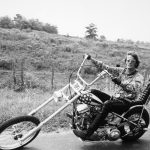 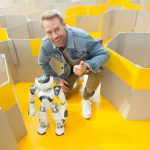