Survivor — a.k.a. the Boston Rob Show — just keeps on thriving.

Wednesday night, the 20-year-old CBS reality import scored an overnight, estimated 1,701,000 viewers on Global to take show of the night honours. It’s been the second or third most-watched show in English Canada in the last few Live+7 Top 30 Numeris rankings, too, vaulting over the two million mark in total viewers.

This Wednesday it had a pretty good lead in — the eighth season premiere of Big Brother Canada. The Toronto-based reality show drew an estimated total of 1,102,000 in the overnights on Global; not bad for a 7 p.m. start. The private broadcaster finished the night with two imported action dramas, Seal Team (566,000) and S.W.A.T. (522,000).

CTV’s Wednesday night got off to a loud start with The Masked Singer (1,290,000) followed by the second episode of their new homegrown hospital drama Transplant (886,000). That was down slightly in overnights from the week before. CTV says the opener cracked 1.3 million viewers in total viewing over its first five days, making it this season’s most-watched made-in-Canada rookie pilot. CTV closed the night with the Cobie Smulders’ import Stumptown (673,000).

As for CBC, eeks. Second year legal drama Diggstown dug itself a hole opening to just 195,000 overnight viewers, while well-reviewed true life crime documentary series The Oland Murder advanced to 334,000. Despite the weak lead-ins, The National perked up to 515,000 at 10.

Draw 14 at the Brier was the top sports draw of the night with TSN sweeping up 549,000 overnight viewers. 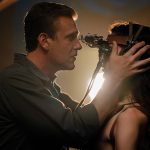 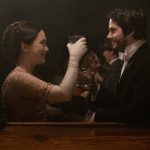