Remember when all we had to worry about was more snow? The COVID-19 virus has many of us bunkered down in self issolation, hiding behind a fortress of toilet paper. Schools and sports leagues have been suspended and late night talk shows are either dark or performed in empty studios.

For those looking towards their screens for escape, the good news is that there’s never been a better time to binge. Over the next 14 days, I’ll be making suggestions to get viewers pointed in various directions. Here’s one the whole family can enjoy that is way, way out of left field:

Family Affair (Amazon Prime Video). Okay, stay with me on this. This gentle sitcom, which ran from 1966 to 1971, might seem an odd choice to binge a half century later, but there’s something wistful and dare I say calming about these simple half-hours.

Movie star tough guy Brian Keith starred as “Uncle” Bill Davis, a Manhattan engineer who lived in a bachelor pad in the sky with his English man servant “French” (Sebastian Cabot). Suddenly, three children — six-year-old twins Buffy and Jody (Anissa Jones and Johnny Whitaker) and their teenage sister, Cissy (Kathy Garver) — are dumped in his lap by their unpleasant aunt.

The show was so much a part of the ’60s pop culture scene it had its own Mad Magazine parody. Mr. French, or course, was called, “Mr. Stench.”

This was the era of high concept comedies such as Bewitched, Hogan’s Heroes, The Adaams Family, Gilligan’s Island and My Three Sons — the later also produced by Don Fedderson. Back when movie stars sneered at TV work, Fedderson lured Fred MacMurray and Brian Keith onto sitcom sets by working entire production schedules around his headliners. MacMurray and Keith only had to work two 30-day stretches a season. Scripts were written ahead of time, then Keith would come through the door of his character’s highrise apartment and the kids would yell, “Uncle Bill!” four times an episode. Later, the other actors would shoot their scenes months before or after Keith headed back to the golf course.

Here’s the surprise, 50 years later: Keith’s understated, half-improvised performance is very modern. He’s not yelling like Ricky Ricardo or mugging like the folks on F-Troop. Half the time he looks like he just woke up. Yet the scenes with him and the kids work every time.

Keith hand-picked Whitaker, who he worked with on a previous movie, director Norman Jewison’s terrific Cold War comedy, “The Russians are Coming, The Russians are Coming.” The two got to know each other by playing catch between takes. Keith, from a showbiz family and once a child actor himself, probably saw a kindred spirit in the young redhead.

Be warned: scripts are uneven and reflect what was then the “man’s world” of the ’60s. Many of the women on the show are one-dimensonal, especially Davis’ “babe of the week” love interests (including one played by future Catwoman Lee Meriwether).

Casting seemed to catch actors either on the way up or on the way out. Boomers can play “Spot the Child Stars,” with Lisa Gerritsen, Erin Moran, Brady kid Eve Plumb (in a tearjerker of a “Christmas in July” storyline), Leif Garrett, Veronica Cartwright, Clint Howard and Butch Patrick. TCM fans may spot Joan Blondell, Ida Lupino, Jackie Coogan and Merna Loy.

Some individual episodes stand out. The great Peggy Chantler Dick contributed three stellar storylines. Groucho Mark’s son Arthur penned one that is pretty much a test run for his play (and movie) “The Impossible Years.” Most stories weren’t so much about the lessons the kids had to learn; the pupil was usually the dad. Give Uncle Bill credit though: he was in for the long haul.

There are some technical issues. The Manhattan skyline seen beyond Davis’ enormous balcony looks like it was painted by the Drama Class at Brampton’s Mayfield Secondary. Family Affair was never meant to be seen in high-def on a big screen. The kaleidoscope intro still seems like a hasty place filler that no one ever got around to replacing.

Never mind all that. Jones and Whitaker will melt the hardened heart of the most cynical TV critic. Those kids knew their lines and hit their marks. The scenes with Keith are natural and winning.

There was always something a little odd about the rash of “motherless” sitcoms of the ’60s (including My Three Sons, The Andy Griffith Show, Bachelor Father and The Courtship of Eddies Father). Clearly, the Davis clan relied a bit much on their buttoned-down butler, a perk few home watching could enjoy.

Still, there was something very genuine and touching in the relationships; Keith made it look like he really was crazy about those kids. Recommendation: sample random episodes from the first two or three seasons. It will take you far, far away from anything on CNN. 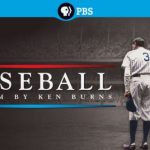