They say it’s a dog’s life. Unfortunately, it is not always pretty.

I’d say watch with your dog but Fido might run off and hide under the table. This is not about canine cuteness. This documentary is about neglected dogs that have had a very hard life.

These are also heroic stories of animal rescues. The doc focuses on a handful of groups or individuals who travel to parts of the the U.S. such as Texas (the state with the most strays) or far off lands such as Taiwan in order to gather, cage and import dogs to Canada. Their hope is to rehabilitate them and help them find forever homes.

Among the saviors profiled in the doc is Mary Choi. Described as a “dog whisperer,” she somehow manages 150 dogs in her Toronto home. Her sister, two full time staffers and volunteers help out. We see Choi visit an unlicensed “private shelter” that is very grim, really more of a homeless camp littered with food and feces. The man running it lives out of two cars and shares his digs with some of the dogs. Many of these animals are almost paralized with fear, others are physically impaired.

Choi, in tears, plucks six strays she will try to help back in T.O. Her clients, she says, “know they’re not going to get a perfect dog; they just want a loving dog again.”

Another rescue group is named Redemption Paws. Six woman rent three large vans, fill them with cages and kibble and drive down to Paris, Texas. They make another stop in Andrews, Texas. They find dogs there with bullets inside them. Bob Barker and Drew Carrey’s pleas to “spade and neuter your pets” seems to have fallen on deaf ears in Texas. These round-up centres have huge kill lists, up to 70 animals twice a week. Says one woman, “Dogs are property here, not part of a family.”

All together, the crew from Redemption Paws fill their vans with 61 dogs, including blind pooch Romeo. They know that the animals they don’t take eventually will go first into a freezer and then to a land fill.

Other dogs come from Mexico, Turkey, Thailand, South Korea and the Caribbean. One consequence of COVID-19 is that, right now, borders are closed to such rescue efforts. In Canada, we are told, eight million dogs live in households. The demand for dogs exceeds the supply, making the nation a haven for rescue pets.

Other countries have a much more severe stray dog and cat problem. I was in Chile near Santiago a few years ago while covering a leg of The Amazing Race Canada and saw dozens of strays swarming a tourist-y paraglide pick up area. Warnings were issued not to pet local dogs for fear of spreading diseases.

Directed by award-winning documentary filmmaker Leora Eisen, Rescuing Rex touches on the power of social media today in connecting canines with pet owners. There are many Tinder for terriers sites to choose from. Journalist Samantha Edwards, part of the doc, suggests dog ownership is particularly popular now among Millennials and Gen-Xers; people in their 20s and 30s who are marrying later. There’s a shot early on of many pet owners and pooches packed together in a Toronto park — an image that raises questions about the new challenges facing everyone in the COVID-19 era.

Rescuing Rex definitely shows the dark side of animal adoption, revealing how this is still, in many ways, a wild west business. Presenting it in one 90-minute documentary format, however, is a big ask in an age where info on this subject often comes in five minute internet blasts. This feels like it might be better serves as a series of six half-hour episodes, organized by visits to different nations or from the perspective of certain rescue groups.

Watch Rescuing Rex Saturday on TVO or stream it online as of Saturday, May 30 at tvo.org — a site dog lovers can fetch not just in Ontario but anywhere in Canada. 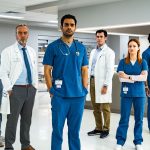 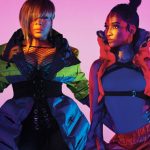