Look for that season finale number to soar close to two million in a week-and-a-half when the Live+7 totals are calculated.

The first year medical drama, recently acquired by NBC in the US, has finished the season strong. It ranked No. 6 against all shows, domestic and imported, in the most recent Numeris listings of the most watched shows in English Canada.

It was by far Wednesday night’s No 1 show in Canada, more than doubling the overnight audience for the premiere of its stunt-sport lead-in, Ultimate Tag (629,000) and boosting the return of its imported lead out, Marvel’s Agents of S.H.I.E.L.D. (719,000).

Global squeaked past CTV Wednesday in the 8 o’clock hour with the sweaty gymnasium epic Game On drawing an estimated 686,000. The Corus network, however, was crushed after that with a pair of imported reruns — Seal Team (189,000) and S.W.A.T. (241,000) — getting swatted. 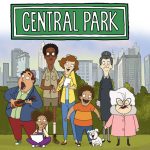 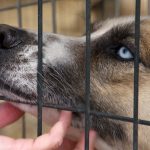