On Tuesday, Numeris released their latest list of weekly Top 30 programs in English Canada. This is the first to reflect the first, full week of what has traditionally been known as the start of the fall TV season.

While it shows that 11 programs passed the million viewer mark during the week of September 21 through 27, it hasn’t been a great start so far for the heritage network broadcasters — especially those who rely on scripted American simulcasts to jolt their schedules. Not helping has been the lack of American broadcast rookie fare, with only two new imports cracking the Top 10 in Canada.

Global, in particular, is at sea without Survivor (new episodes won’t even be shot until, at the earliest, spring, 2021), NCIS (not returning until November), its long-running NCIS spin-offs, FBI and other imported dramas. Of the three main Canadian private networks, Global has been impacted the most by the lack of US content, but CTV and Citytv are also down double digits in prime time through the end of September. CBC, with no simulcasts, is up slightly after three weeks of September, despite being shut out all month so far in the English Canadian Top-30.

Two shows are keeping the lights on for now at Global: Big Brother, which landed three times on the Sept. 21-27 Top 10, and I Can See Your Voice, the fastest starting (thanks to lead-in Masked Singer in the States) of the few rookie imports.

Among new scripted shows, only the Kim Cattrall comedy Filthy Rich, a simulcast, broke into the Top 10. It’s Canadian made lead-in, JANN, returned for a second season after a long wait with 736,000 viewers, good for 17th place for the week.

NFL football games on Sunday afternoon helped CTV gain yardage with gains of 908,000 (for the late game) and 873,000 (early). Those are combined CTV/TSN totals ranking football 14th and 15th most-watched overall for the week — strong but not the dominant draw that the sport is in the U.S.

NHL, Stanley Cup, final round hockey? Not that many Tampa Bay/Dallas Stars fans in Canada, apparently. Averaged over four nights, the playoff games drew 592,000 fans for a 28th place finish. 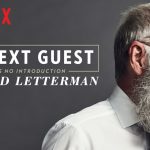 The host of this next trailer needs no introduction 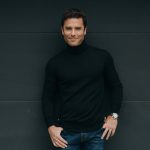