Tuesday night, more Canadians turned to CNN to guide them through a long and tense night of presidential election coverage. Many of us went to bed convinced (or hoping) John King was the new president elect.

The Atlanta-based all news network drew an average minute audience of 1,546,000 English Canadian viewers over a six hour block. That “Election Day in America” segment was measured from 8 p.m. ET through till 2 a.m.. (All numbers overnight estimates.)

Global got a Luke warm response with a movie, “Solo: A Star Wars Story.” The space opera drew an estimated 336,000 in prime.

Affiliate border stations were not much of an election draw for Torontonians on election night. An average of 36,000, for example, tuned into the Buffalo, N.Y. CBS affiliate WIVB from 8 to 11 p.m.

In America, an estimated 56.9 million people tuned in for some portion of the U.S. presidential election coverage across the 21 platforms that aired it on Tuesday evening. That was down by 20 percent from the 71.4 million who watched Trump win in 2016. Top US audience coverage choice: Fox News. 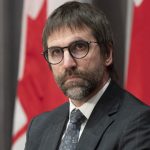 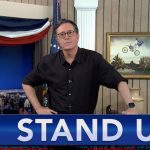