How lucky am I to have a conversation with Bill Persky, the Emmy-winnng writer-producer of, among many other things TV-related, The Dick Van Dyke Show.

The spry 89-year-old New Yorker is the latest guest on brioux.tv: the podcast. (Listen now at the link above.) He’s pretty sure that he is the last remaining writer from one of the most cherished sitoms from the ’60s or any era. He misses his friend and mentor, Van Dyke Show creator Carl Reiner, who passed away last year at 98, and still keeps in touch with Van Dyke, now 95.

The two of us cover a lot of ground: from his early days in New York radio with writing partner Sam Denoff through their first ventures into television, writing sketches and joke material for such stars as Steve Allen, Danny Thomas, Tim Conway, Bill Dana, Joey Bishop, Andy Williams and Sid Caesar.

He and Danoff had never written a sitcom script before submitting one on spec to Reiner. The legendary comedy mastermind didn’t think much of that effort but didn’t entirely discourage the duo. As you’ll hear on the podcast, Persky feels Reiner was right to reject them. The two writers went to school on the show, started to understand the characters and came back with a second spec script.

It turned out to be the third season opener and a classic, “That’s My Boy?”

We talk about other specific episodes they wrote for the series, including “The Gunslinger,” “The Redcoats are Coming,” “101 Terrible Hours” and “The Impractical Joke.” Persky, as one might imagine, tells great stories.

We go on to discuss the creation of Persky and Denoff’s next series, That Girl, plus their work on Good Morning World and a one-season series that is still close to his heart, The Montefuscos. The failure of another mid-’70s series, Big Eddie starring Van Dyke producer and movie tough guy Sheldon Leonard, forced Persky and Denoff to take a hard look at their working partnership.

Persky, at that point, decided to focus on his directing career. The move paid off, and he became a top pilot director, helming episodes of shows such as Alice, Welcome Back, Kotter, The Waverly Wonders and Who’s the Boss. In the mid-’80s, he directed over 100 episodes of Kate & Allie.

If you grew up with television comedies in the ’60s, ’70s and ’80s, or just like wonderful stories about the early days of television, you will love this episode. Many thanks to Stuart Hands at the Toronto Jewish Film Festival for putting me in touch with this remarkable TV Hall of Famer. 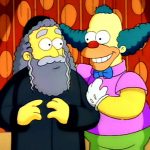 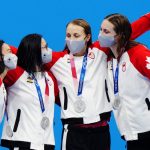 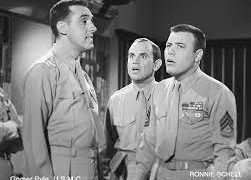