Shaun Majumder, wife Shelby and their infant daughter Mattis Maple were in Mexico when COVID srarted to shut everything down early in 2020. They scrambled out in the nick of time before they would have had to isolate in place.

That marked the beginning of a very upside down 18 months. As it did for everybody else, Majumder’s plans changed. An extensive comedy tour he was in the middle of had to be cut short. [I caught his funny and very thought-provoking act in Brampton’s Rose theatre just weeks before live performances shut down.] The couple rented out their house in LA and headed to Majumder’s hometown of Burlington, Nfld. That turned out to be a very safe haven during the pandemic and also a snowmobile full of fun for young Mattis, who enjoyed her first blast of Canadian winter.

It’s all in the latest episode of brioux.tv: the podcast. Shaun tells all between barks from his dog Freddy.

Majumder did mask up and work in a couple of gigs. The first premieres next Thursday, Sept. 9 as CBC airs Race Against the Tide. The series is an outdoors reality competition with a pretty compelling twist: sand sculpters from around the world flock to the Bay of Fundy and then have six hours to create towering works of art before the tide comes in and washes their efforts away.

As Shaun says on the podcast, just don’t use the “C” word in describing the finished works. (As in “Castles”).

He also happily waved his fee to perform a two-hour, comedy and call-in zoom show for front line hospital workers in Ontario. Majumder was only too happy to bring laughter to some folks who worked hard throughout the pandemic to comfort the sick and save lives.

He’s currently in Halifax — his old 22 Minutes stomping grounds — shooting From, a new sci-fi/horror series from one of the producer of Lost. Majumder says he’s having fun playing a priest from Hell on the series.

It’s all in the podcast; press the white arrow above to go straight to the episode. 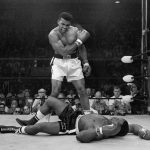 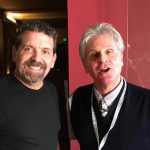