How much of a hit did TSN take with the cancelation of ther World Junior Hockey Championships?

Before everything was shut down due to the outbreak of the COVID Omicron variant, a preliminary round game on Boxing Day was the most-watched draw across Canada the week of December 20-26. Canada’s 6-3 win over Czechia out-performed the number two broadcast — the CTV Evening News — by nearly half a million viewers.

Had the tourney continued, with Canada represented by a strong team of juniors, audiences of two, three and four million would have been well within reach.

Otherwise, with the big name imports on pause over Christmas week, the English Canada Top-10 was dominated by Canadian newscasts. Only four shows across Canada crossed the million mark in broadcast or specialty. Here’s a look at how Numeris saw the week in terms of average minute audience over seven days, viewers 2+:

The absence of popular scipted dramas saw fringe programmers Jeopardy (in 11th and 13th place) and Wheel of Fortune (18 and 22nd) spin back into the Top-30.

In terms of traditional Christmas movies, “It’s a Wonderful Life” still rings a lot of bells. At 14th overall, CTV pulled 647,000 for their Christmas Eve viewing of the 1947 favourite. Next in 16th spot was CBC’s airing of “National Lampoon’s Christmas Vacation,” gaining in popularity with 601,000 viewers. CBC took 20th place as 570,000 watched the 1951 classic, “Scrooge” starring Alastar Sim, which aired on Thursday the 23rd.

Finally, Michael Buble was on the buble at 29 with 465,000 watching his Wednesday night special on CTV. 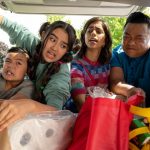 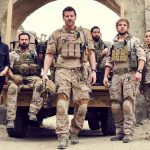