After a two year delay, The Amazing Race Canada is finally back on the starting line. Host Jon Montgomery returns and shares his thoughts with Season 8 set to kick off Tuesday, July 5 on CTV.

Jon’s love of Canada is genuine and infectious as you can hear on this podcast episode. The Olympic gold medalist addresses the challenges in re-mounting Canada’s most-popular summer series after a two-year pandemic pause.

Jon also talks about some of his favourite teams from past seasons as well as the destinations, both foreign and domestic, he enjoyed visiting the most. This year’s Race is, as it was on Season 7, run in Canada only, a wise decision or the ten new teams would probably still be trying to get past customs at Pearson.

One thing that hasn’t changed is the grand prize money: still a cool quarter million. Plenty of other prizes, too, including cars and flights.

Listen in as Jon also tells what TV shows he’s currently binging, the series he enjoyed the most as a  youngster and his favourite, all-time TV theme song — which he even sings! It’s always a blast catching up with Jon Montgomery. Just click on the big blue and white arrow above to listen to the podcast. 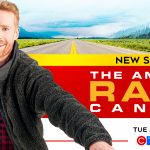 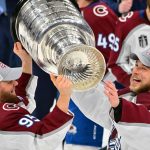