Expectations were high when Patrick Watson became chairman of the CBC in 1989. Many in the creative end of the television industry cheered that initial impression that the inmates were finally in charge of the asylum.

Alas, Watson, who died at 92 on July 4 in Ontario, was as powerless to re-invent and reinvigorate Canada’s public broadcaster as chairpersons who have come before or since. Heading into an era of multiple specialty channels, CBC/Radio-Canada did publish a mission statement during his tenure as chairman, and created the position of ombudsman, but politics and budget cuts grabbed more headlines than programming.

Watson wore many hats in the years leading up to his role as CBC chairman. He jumped the fence and was chief news presenter at the CTV Ottawa affiliate CJOH from 1969 to 1970. He wrote, edited, and produced  The Undersea World of Jacques Cousteau, Witness to Yesterday, and Titans. He briefly anchored a WNET local news program titled The 51st State in New York. He also hosted and helped launch the CBC’s business program Venture in 1985.

Where the Toronto native’s reputation soared was in his early work as a cocky investigative reporter and host, especially on the coolest CBC news program of them all, This Hour Has Seven Days (1964-66).

The slick news magazine was decades ahead of its time. Think 60 Minutes mashed together with The Daily Show. At its peak the Sunday night newsmagazine drew three million Canadian viewers each episode.

Inspired by a similar series airing in The U.K., Seven Days was bracing, uncompromising television. Politicians and movie stars were ambushed. Hosts Patrick Watson and Laurier LaPierre worked the desk and while they represented Canada’s two solitude’s they were united in their quest: serve the truth straight up and make everyone in Canada squirm.

One episode shown at a 2014 Toronto screening I hosted demonstrated the power of the series. The episode was originally broadcast during a Canadian federal election campaign, and an empty chair was shown along with hundreds of letters from Canadians. Would any of the leaders have the guts to come on Seven Days and take the heat?

Astonishingly, at the end of the show, a phone number was flashed on screen. The episode was live, and you could phone Watson and LaPierre as soon as it ended.

The hosts were surrounded by correspondents with their own big personalities, such as Larry Zolf and Jack Webster, shown in the episode screened interviewing homeless men at shelters and asking who they were going to vote for in the upcoming federal election.

Watching Watson chip away at enormous Orson Welles in an interview filmed on location in Paris was riveting. Watson had the nerve to suggest to Welles he’d performed nothing but magic tricks since “Citizen Kane.” The camera practically crawled inside Welles’ head as he glowered and reduced his cigar to ashes.

The topper was when Watson threw a quote from Cicero at the great director. It was like a prize fight between a bantam weight and a heavyweight, except the smaller man could sting just as hard and was absolutely fearless. Welles looked pissed but hung in because he was so engaged. The clip should be required viewing at every journalism school and every entertainment magazine hiring session.

The episode’s final segment, however, was the most jaw dropping: two grand wizards of the KKK from Georgia came in studio and wound up being confronted with a Black activist. Singing correspondent (or “token blond” as she referred to herself at that 2014 screening) Dinah Christie recalls the segment was taped earlier because nobody knew how it would all go down. By the end of the 10-minute exchange, you could barely see anybody due to all the cigarette smoke from the interviewer.

Months after this episode aired, Seven Days was pulled off the air when CBC officials freaked out at a show of emotion by LaPierre. The idea that a CBC News individual would betray a hint of partisanship was unthinkable. Today LaPierre would be given the 8-11 slot on CNN or Fox News.

The show had become a ratings monster. Watson and LaPierre were media superstars. Others at CBC threatened to strike unless the duo were re-instated, and the dismissals were debated in Parliament. Prime Minister Lester Pearson intervened, and the matter was reconsidered. The CBC brass, however, ultimately did not back down. The show never came back.

Once again, Canadians had, like the Avro Arrow, built something that flew faster and soared higher than the Americans. Once again, it was killed just as it was gaining momentum. This Hour Has Seven Days should still be on the air.

Nonetheless, Patrick Watson was a key player in Canadian news and current affairs. As a self-described egoist, he would be the first to tell you he deserves all the praise and accolades coming his way today. 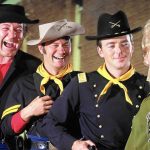 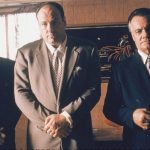