My Television Critics Association pal Alan Sepinwall is the main voice behind the latest list of the Best TV shows of all-time as compiled by Rolling Stone magazine.

Before he became Rolling Stone’s TV critic, Alan used to work for the New Jersey Star-Ledger. That’s the same newspaper that was always thrown at the bottom of Tony Soprano’s driveway. He’s also written a couple of handsome books about the series, so it is no surprise that The Sopranos tops the list.

Also: he’s right. Having re-sampled the HBO drama during the past pandemic years, it would top my list as well.

There are about 99 other entries I would take issue with, however, and that is the fun of all of these “Best ever” collections. We all have our own list, depending on our age and many other factors.

As recently as ten years ago, for example, you would expect to see The Cosby Show land somewhere in the Top-30. Hey, hey, hey — fat chance today. Transparent, Louie, House of Cards — various scandals have pushed them into the corners.

I Love Lucy at No. 36? It has always been considered a classic, and between Being the Ricardos, the Lucy-Desi documentary by Amy Poehler and the the “Let’s Talk to Lucy” podcast, the series had one of its biggest years in the seven decades since it premiered.

The Honeymooners at No. 74? Maybe we need a 100 Best black and white TV shows list.

I can’t really quibble too much with Rolling Stone’s Top 10:

… although I will anyway and here is the apples to oranges problem. How do you compare a series with 700 episodes (The Simpsons) to one with 12 (Fleabag)? I think you can, but Phoebe Waller-Bridge certainly has an advantage having created just two six-episode seasons: there is no jump-the-shark, no bad seasons, not even a bad episode.

Even The Wire, it can be argued, had better seasons than others. Atlanta certainly did, in my opinion, and I’d rank it outside the Top-10.

As for the rest of the list, I’d have Frasier (No. 75 on the RS list) ranked much closer to Cheers. Having re-watched the spinoff over the pandemic, boy does it hold up.

The magazine’s 11 through 20 picks are to me much more contentious. Sepinwall has always been a huge fan of The Leftovers. No way it makes my Top 100. Twin Peaks better than The Dick Van Dyke Show (62)? Or SCTV (70)? Take off! Peaks had seven great episodes and one amazing pilot but hit the wall early and only recovers as a cult fave.

After the Top 20 it is completely arbitrary. Halt and Catch Fire at 55? Alan, please. Then I get to have Wonderfalls. Star Trek at No. 22? Fascinating. Jeopardy! at No. 50? What is arbitrary. Squid Game at 95? Now you’re just being provocative.

Age is a big factor in compiling these lists. My buddy Jim up at the cottage will be pissed that Green Acres missed the cut. I was barely ten when The Smothers Brothers premiered in 1967 but it blew my young mind. Back when Rolling Stone was founded, The Smothers would rank in the Top-5 for any of the rock stars on the first 50 of the magazine’s covers.

There would also be room on my list for comedies from back when I was in university, such as WKRP in Cincinnati. Or even shows that blazed trails back before I was born, such as Your Show of Shows and You’ll Never Get Rich. If you’re older than me, you will be stunned that Jack Paar’s Tonight Show missed the cut. How hot is Johnny Carson? At 91 on the RS list, not very hot. (Letterman landed comfortably at No. 44).

I would also have made room for shows that are recent but appeal to people my age, such as Ricky Gervais’ After Life, The Kominsky Method (well, the first two seasons) and certainly Only Murders in the Building.

And that’s the thing with these lists. My son Dan, I’m sure, would have Nathan Fielder’s The Rehearsal on his list. These things are very generational.

But we’d still probably agree on The Sopranos and The Simpsons at the top. 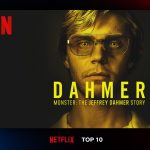 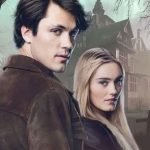