What is curious, Alex? That would be how Jeopardy! and Wheel of Fortune wound up at CHCH, where they’ll premiere in Canada next September. CBC paid big bucks to import the two long-running CBS Paramount International Television gamers, which they began airing in 2008. Jeopardy! in particular consistently delivered million-plus audiences weeknights from 7:30 to 8 p.m.
Most of those eyeballs were outside the 18-49-year-old demo, however, and there seemed to be little carry over last season from Final Jeopardy to, say, Little Mosque or Michael: Tuesday & Thursdays. CBC programmers made a show out of dumping the duo for CanCon reasons and later, in the wake of funding cuts, as a cost cutting measure.
CBC’s supper shift plan for fall is to air a half hour version of CBC News Network’s Lang & O’Leary Exchange at 6:30 p.m. followed by fresh Strombo at 7. Don’t worry, insomniacs–stale Strombo can still be seen at 11:30 p.m.
Interesting to note how CTV (which had the two shows before CBC), Global and City–who generally only air CanCon from 7 to 8 p.m.–all walked away from two of TV’s most well known syndicated properties.
That left room for the Channel Zero boys at Hamilton’s ‘CH to scoop them both up, presumably for a lot less than what CBC was paying (rumoured to be in the $20 million a year range.) 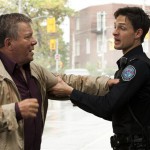 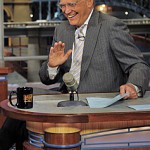