Share
Share on Facebook Share on Twitter Email
Gord Martineau is in no hurry to leave City-TV.
“I’ve had this conversation with my wife,” says Martineau, who earlier this week celebrated 35 years as City-TV’s nightly news anchor.
“You’re never going to retire,” she concluded. “Right on,” he agreed. “I wouldn’t know what to do–I’d lose my mind.”
Martineau, who began his career at City in 1977 and who turns 65 later this month, says the job is still fun. “I don’t know how many people in the world get out of bed every day and say, ‘Great, I’m going to work.'”
Martineau’s milestone comes just as another local Toronto news anchor steps down. Christine Bentley, long teamed with Ken Shaw on CTV’s dominant local 6 p.m. newscast, surprised viewers Wednesday night by announcing she was leaving the station.
Her last day on air is Friday. Bentley echoed Martineau’s sentiments by telling her viewers, “find a job you really love and you will never work a day in your life. That has been my life.”
So why is she leaving? CTV’s 6 p.m. newscast is still a ratings monster. Last Friday, the supper hour newscast pulled 281,000 overnight viewers in the Toronto area, compared to 115,000 watching Global’s 5:30 p.m. local newscast (Global National at 6:30 fetched 94,000 locally). CityNews at 6 drew 68,000, CBC News at 6 61,000 and CHCH’s 6 p.m. news 60,000.
Bentley’s been with CTV/CFTO as long as Martineau’s been with City, starting as a general assignment reporter in 1977. She was teamed with Shaw on the anchor desk in the mid-’80s.
In a release, CTV said an announcement about Bentley’s replacement will be made in the coming days.
Martineau singled out his local election coverage as among his high points over the years, noting that he’s spanned several mayors, going all the way back to his favourite, David Crombie. “He’s a guy you can sit down and talk with,” says Martineau, who once ran into Toronto’s “Tiny Perfect Mayor” in a restaurant which led to a 40 minute conversation.
Could he do the same thing with current mayor Rob Ford? “Nope,” suggested Martineau. “I don’t think he would want that.”
I asked Martineau if he was watching The Newsroom. “Kinda lame,” was his blunt assessment. He liked the first episode, where the news anchor played by Jeff Daniels gives a woman a dressing down in a public forum on ignorance and voting trends, but feels the Aaron Sorkin series slipped after that. “It’s all so self referential and self obsessed,” says Martineau. “What’s this got to do with a newsroom?”
My objection to it, I told him, is that it seems anachronistic. Judging for the many medical ads, people (under 50) just don’t watch nightly network newscasts anymore.
That’s because all the U.S. network newscasts look the same now,” says Martineau. “If you shuffled the anchors around you’d get the same newscasts,” he says. “When we started City-TV it was going to be really different. You knew when you landed at City what it was.”
Martineau’s stay at City had its interruptions. In 1980, he briefly bolted over to Global News—an experiment he quickly regretted.
“You quickly realize you are where you are for a reason,” says the  native, who calls his days at Global “a disaster. They had three news directors and none of them knew what they wanted.” Within months he was back at City.
He cites the 1987 move to  as the time things really took off. Gone were the desk and other newscast conventions. Out came the hand held cameras and more diversified faces.
“A reporter once complained to City founder Moses Znaimer that we needed more reporters,” he recalls. “Moses turned to him and said, ‘I don’t want reporters, I want wing nuts.”
City always had unique individuals on screen. Martineau singles out Colin Vaughan, Peter Silverman, Bob Hunter and Brian Linehan as guys you didn’t see on the other stations.
“Those were exciting days because you never knew what was going to happen,” he says. “What we wanted to do was kick everybody else in the ass and say, ‘Wake up–this is the new TV.’”
That was a few corporate owners ago. City is now part of the giant Rogers Media empire. Some of that early City spirit was lost in translation, Martineau concedes.
“I have seen it lose its sense of freedom, which is what it had,” he says. “In those days, everybody with a creative idea was invited into the house.”
Things became less fun at the start of the current regime. “When first bought us, the people running the place had no clue, zero,” says Martineau. “Huge mistakes were made,” he adds without getting specific.
He is a fan, however, of his current corporate bosses, Rogers Media president Keith Pelley and broadcast president Scott Moore. “They’re enthusiastic about television,” he says. “They want to move the place forward.”
Martineau’s new news VP, John Hinnen—who moved over from 680News two months ago—says consistency is huge in TV news and Martineau brings it like no other. “He’s built that trust with his audience,” says Hinnen. “There’s a real comfort zone.”
One guy Martineau really misses is CEO and founder Ted Rogers, who died in 2008. “He was the last of the cowboys,” says Martineau. “He had the courage of his convictions.”
When was shopping for a new broadcast centre after laid claim to 299 Queen, it was Martineau who suggested the current address. He tipped Rogers off to the fact that the former Olympic Spirit building was available at Yonge and . “He got in his car with his wife Loretta, looked at it twice and wrote the cheque,” recalls Martineau. “I was blown away that he actually followed through with it.”
Read more of my interview with Martineau in this article which appears in today’s Toronto Star.
Christine BentleyCityNewsCTV NewsGord MartineauJohn HinnenUncategorized 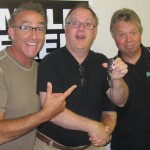 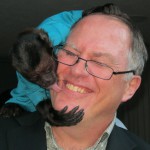