As they say in The UK, Bloody brilliant.

There she was, Lisa LaFlamme, a month after her CTV ouster, in the middle of the biggest story in the world, and working it for a rival broadcaster at home.

The death of HRH Queen Elizabeth II on Sept. 8 was sad news for many but the worst possible scenario for Bell Media and CTV News in particular. It drove home the utter thoughtlessness of not asking the big picture question: what happens if an international story breaks and the main face of our newscast is no longer on our team? Worse, what if our biggest Telecom rival, one who needed a big win after a disastrous service outage, swooped in and provided LaFlamme with an opportunity to prove what an incredibly valuable asset she was in the first place?

Which, kudos to Rogers, is exactly what happened. The sheer speed of it all coming together was muscular. There was LaFlamme, on September 9th, standing among the mourners outside Buckingham Palace with her silver hair and Hermes scarf (the Order of Canada pin a nice touch), reporting from the scene with her usual unflappable presence. The above video is a one-minute, textbook example of story first, reporter second; of being a broadcaster. This is the value of institutional knowledge, talent, trust and tradition. This is why it costs more. You can’t fake it, and viewers who watch newscasts — older viewers especially — demand it. For all of us who have gone grey: bravo LaFlamme. 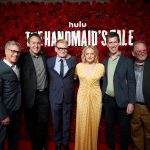 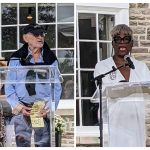