Will Sunday’s 100th Grey Cup be the most-watched CFL championship broadcast ever?

The game, which begins at 6:30 p.m. ET on TSN, will have to surpass the 5 million-plus total TSN fetched for their 2009 Grey Cup broadcast. Coupled with RDS’s 1.1 million take that year, the game scored a record 6.1 million viewers across Canada.
That was shortly after the new PPM gizmo’s started gathering data for BBM Canada, a period often referred to here as the golden age of  “ratings ‘roids.” Before those new devices were tweaked, falling leaves out living room windows were being counted as viewers.
TSN’s overnight Grey Cup tally fell to 4.94 million in 2010 and dropped another half million to 4.38 million in 2011.
The hype surrounding the 100th, plus the fact the Toronto Argonauts are playing at home (against the Calgary Stampeders), should boost the viewing totals about the past two years.
The fact Justin Bieber and Gordon Lightfoot are part of the half-time show should also goose ratings. That sounds like a potent one-two demo bridger.
Montreal being out of the cup final will likely lower the RDS score, however.
If you live in Toronto and don’t have a ticket, you can catch the game, live and in Hi-Def, on a giant screen at the Yonge/Dundas Cineplex for just five bucks. Go Double Blue! 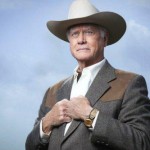 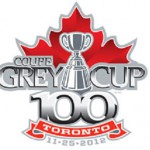