How much has television changed in 50 years?

A veteran newsman helps put it in perspective with My Days in Dallas: A Remembrance with Dan Rather. The special premieres Monday night at 8 p.m. ET, 5 p.m. PT. on AXS TV.
Rather, now 82, did a conference call with reporters last week from Texas where he reminisced about the assassination of John F. Kennedy. The former CBS New anchor was at the scene that Nov. 22, 1963, when the 46-year-old president was gunned down.
The shocking murder occurred on a Friday. CBS, recalled Rather, had a contract with the NFL to cover Sunday’s football games. When the NFL decided to go ahead and play the games that weekend, CBS, according to Rather, said, “Fine. You play your games, but we’re not going to carry them this weekend.” CBS stayed with the news coverage.
Some 30 years later, CBS stuck with coverage of a NCAA basketball tournament instead of covering the War in the Gulf, which broke out the same day. Times had changed.
It was two days later, on that Sunday in 1963, when a second murder was seen live on national television–that of Kennedy’s alleged assassin, Lee Harvey Oswald. It was not seen live, however, on CBS.
The plan that Sunday morning, recalls Rather, was for CBS in New York to eventually throw their coverage to him in Dallas from the local station KRLD. “I would narrate the transfer of the prisoner from the City Jail, from the police headquarters to the City Jail,” he said.

The late Nelson Benton, who was a CBS news correspondent and a colleague of mine, was assigned to be at the police station I think there. So I was at the local station prepared to do the narrating of the whole transfer when Oswald was assassinated. That’s where I was.
Now it was almost – I had great difficulty kind of getting my heard around the fact that out of nowhere, this person had appeared in the basement of the police station and assassinated the man alleged to be the assassin. It was almost incredible and the first thought is did I see what I think I saw.
And of course in the next nanosecond, of course you did and I was screaming for New York to come to us. They had not come to us live, they were in the midst of reading an essay and memorial to President Kennedy but they came quickly and we turned it around the videotape and it was – the country was what had happened.
It threw the story just about the time the story was beginning to settle down a little. The assassination happened on Friday.  They questioned the prisoner at the police station on Saturday. Things were beginning to settle down just a little then this incredible happening of the assassin assassinating the assassin.  I mean, what a day.

Read more of Rather’s memories of assassination coverage, why he doesn’t buy any of the conspiracy theories, and and why he’s not part of CBS’s Kennedy memorials, at this story I wrote for The Canadian Press.
AXS TV is a Hi-Def U.S. cable network owned by “Shark Tank” billionaire Mark Cuban. Availability in Canada is limited but you can find it on City West Channel 266, Eastlink Channel 791, Novus Channel 102, Source Channel 864 and Sasktel Channel 475.
AXS TVCBSDan RatherJohn F. KennedyLee Harvey OswaldUncategorized 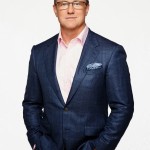 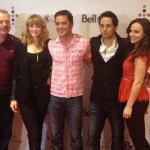