Just Kevin Newman’s luck! The veteran Canadian newsman is launching a bold, experimental news magazine tonight called Kevin Newman Live. Look for it weeknights at 9 p.m. ET/6 p.m. PT starting Monday on CTV News Channel.
Trouble is, its launching the same night as another new news venture–Ford Nation, the zany antics of brothers Rob and Doug Ford . This deal bows Monday at 8 p.m. on Sun News Network.
Rob Ford competes against himself at the same hour on CNN, when an interview with the embattled Toronto mayor airs as part of Anderson Cooper 360.
The Ford show is more of a media circus or a reality show than a news magazine, a point I’ll be making around 5:50 p.m. on CBC Radio One’s Here & Now with Gill Deacon.
The Ford’s are like the stars of Duck Dynasty or Chumlee from Pawn Stars–crazy-ass characters you could not make up. TV thrives on these folks.
The Fords also underline the old adage that there is a bottomless fascination with humiliation on television–especially when it involves the rich and famous. This runs world wide.
That Ford happens to be mayor of Toronto adds to the mystique. People around the world think Toronto’s a model city, relatively clean and crime free. That it is run by a vulgar, inebriated dolt makes Toronto seem oddly even more impressive. The city must run itself!

So, hard to blame Quebecor for stooping to this. Ford is on every other network right now–NBC, with a Ford sketch opening Saturday Night Live, ABC (Kimmel), CBS (Letterman), NBC (Leno), Comedy Central, CNN, Fox News, etc. etc., not to mention CBC, CTV, Global and City. It’s only a matter of time before he’s on History.
In all likelihood, Stewart’s and Kimmel’s writers are going to be sampling Sun New Network for the very first time–leading to no end of future TV hilarity, satire and embarrassment.
Meanwhile, Newman will be taking a more measured approach to the whole Ford Nation abomination. He and his news team will be scouring the Internet to see exactly how far the Ford story has extended around the world. Newman has become a digital news pioneer in recent years and the new show promises to be more than your father’s newscast. You can read more about Kevin Newman Live here at this feature I wrote for The Canadian Press.
As for Ford Nation, it won’t be your father’s newscast, either–or your mother’s sisters, brothers or cousins. Crazy old drunken uncle, now we’re getting warm. 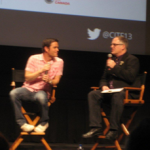 No Mysteries as to the CITF’s biggest draw 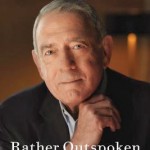 Dan Rather recalls “My Days in Dallas”