This week, CHML’s Scott Thompson wanted to talk about how Netflix has changed the TV landscape. ‘Course, Scott finds Netflix invaluable as he catches up with shows such as Breaking Bad. (Spoiler alert: he finally saw the finale.).
We talk about how savvy cable networks like FX have also broken free of the old network scheduling game as it counts more on subscribers than simple ratings to boost revenues.
FX’s Fargo, by the way, is a good example of how today’s hot shows get as many viewers in the hours and days after its first run. From Live+same day to Live+3 the show grew 68% in viewers on FX, the biggest lift in three days in FX history. Total Live+3 viewers vaulted past 4.46 million, with Live+7 data still to come.
Scott also goes on and on about how much he loved the finale of Breaking Bad. I can’t disagree. He worries, though, about the prequel, Better Call Saul. Betty White as Saul’s mother? Hey, why not.
You can listen in here. 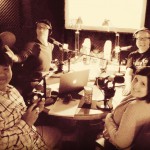 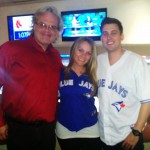