I spoke twice with CHML’s Scott Thompson this week. I did another CHML AM900 radio chat with Scott Bradley on Tuesday. This is more often than I generally speak with family members.

Thompson started his first call chatting about Justin Trudeau and selfies and what did I think about that. I mention how, on the TCA press tour, stars have been mentioning for some time that nobody wants autographs anymore, they just want selfies. Selfies seems to be the new celebrity currency.

We move on to recapping the recent TCA winter press tour. I mention the marathon Netflix Day where 13 sessions were presented and included stars such as Jane Fonda and Lily Tomlin, Tina Fey, Judd Apatow, Aziz Ansari and others. Netflix shows such as Making a Murderer, Orange is the New Black and Narcos are hooking a lot of viewers.

Scott asks about the return of The X-Files (Sunday on Fox and CTV) as well as Donald Trump’s impact on NBC day.

The second call with Thompson concerns the fate of CHCH. The Hamilton station’s owners, Channel Zero, have some ‘spainin’ to do before the CRTC. You want to believe that an independent voice can prevail in today’s broadcast landscape, but boy, they need that local programming fund restored to survive. Hopefully, something constructive will emerge from those meetings.

We kick it around and you can listen in here before we get mercifully cut off. 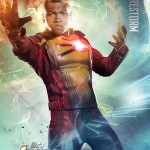 DC’s Legends of Tomorrow are the heroes of the day 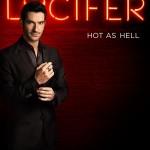 Lucifer, you’ve got some ‘splainin’ to do