On Saturday, Ron MacLean returns to a job he held for 28 years — host of Hockey Night in Canada.

The past two NHL seasons, however, were spent in the wilderness; for Hockey Night in Canada, ratings-wise, and –quite literally — for MacLean.

We all know what happened. Rogers acquired all national NHL rights for a dozen years in a blockbuster $5.2 billion deal. George Stroumboulopoulos was brought in to be the HNiC host for the digital age. Traditional hockey fans showed Rogers their digits — and HNiC suffered double-digit loses in the ratings for two consecutive seasons.

Exit Strombo (don’t feel too sorry for him — he still had three years left on his contract) and cue the Return of Ron. Rogers only asks that he restore the 63-year-old Saturday night hockey franchise to its former glory.

No one person can do that, except maybe Austin Matthews. If the No. 1 draft pick continues his goal-a-shift pace, the Leafs will be worth watching again, ratings will soar and MacLean will be the luckiest bastard to ever order a double-double in Flin Flon.

I spoke with Ron this week for a story I wrote for The Canadian Press. Read here about how two years roaming the hinterlands hosting Roger’s Sunday night Hometown Hockey, in his words, “rescued me.”

Here’s a bit of what got left out of the story:

Do you feel any pressure being asked basically to turn around a storied TV tradition?

Of course! Part of the blessing of having been there 30 years is you realize some of the discomfort level of what was going on.  We were looking around the dial for the show of record, the one we knew and couldn’t find. We couldn’t locate what was familiar to us. I, at least, have that going for me.

Beyond that, you’re always feeling pressure in our business to keep it fresh, to keep it important.

[Former executive producer] Ralph Melanby, to his credit, and some of the others, they invented video replay on Hockey Night in Canada. We were always trying to be important, to show the show was worth your time and effort. That’s what we have to do now.

How will your return be handled Saturday? Will you be carried out on a golden throne…?

Canadians won’t except that right? The minute I think that it’s a big deal, the worm will turn. I’m very aware of that. I think what everybody has said repeatedly –mostly – is “We enjoyed you Ron, so it’s as you were. No need to draw further attention to the matter.”

One way or another I’m always back on that same message: you’re in the middle of it, but you’re certainly not it. You’re just trying to do your darnedest to remove yourself—to do it for the viewer. 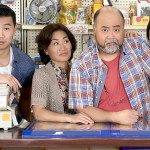 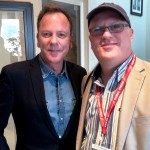