“We haven’t seen this many people come forward to speak out against a bill since Cosby.”

On Thursday night, Jimmy Kimmel gave a brilliant and blistering, ferociously funny rebuttal to the Louisiana senators who are trying to — in the face of tremendous opposition from national health organizations and specialists — repeal and replace Obamacare. If you missed it, watch the seven-minute Kimmel clip above to see the fireworks for yourself.

Kimmel cleanly addresses and defuses detractors who charge that a late night talk show host should shut up about issues. The truth is they fear Kimmel more than Colbert, Noah, Oliver and Maher put together. That’s because Kimmel is not preaching to what they see as “elites” or entrenched liberals, he speaks to the vast American middle class, the heartland — regular voters.

Kimmel doesn’t play favourites. Duck Dynasty dudes are as at home on his couch — and as open to ridicule — as Bernie Sanders.

Millions of viewers can relate and sympathize with the frightening plight of Kimmel’s young son. The wee lad was born last April with a heart defect and, thus, has a pre-existing condition that could disqualify him from medical insurance coverage. That predicament ended happily for the talk show host and his family, but it woke Kimmel up to a serious issue and he is absolutely the wrong guy to go up against in this kind of a media street fight.

Kimmel speaks truth. He had no problem several years ago speaking it to Jay Leno, and he sees Trump as just another TV personality. Viewers are on his side as he stands up to what many see as bullying, insensitive, entitled and relentlessly partisan politicians.

He also has a gift — sort of like Trump, only based on facts — of taking complex issues and breaking them down into easily understood messages. He did that the other night with a skit showing him getting gouged at a Starbucks-like coffee bar because he had a pre-existing condition. If you want your coffee in a cup, go to Canada, he was told. “Fine, you know what?” responded Kimmel, “They’re president is cuter anyway.”

Kimmel — like Letterman — has this trick of pretending to be a dumb guy when it comes to complex issues. The truth is he’s a master communicator and broadcaster, a modern day Walter Cronkite.

His weapon is truth, delivered straight up and with a stinging punchline.

Cronkite didn’t have nearly 10 million Twitter followers or millions more streaming him daily on YouTube. Kimmel’s message radiates hours and days after his ABC broadcasts, spreading across North America onto millions of hand held devices. You can’t miss it or ignore it.

Cronkite is often credited with dealing the blow that forced Lyndon Johnson into not seeking another term at US president at the height of the war in Vietnam.

Like Cronkite, when you lose Kimmel, you lose America. That’s why, in corridors of power, he’s the most feared man in late night. 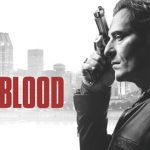 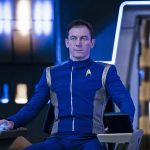 SET VISIT: Star Trek Discovery all set to beam up