Two weeks ago in Cannes I had the pleasure of catching up with Lauren Lee Smith, star of the CBC historical drama Frankie Drake Mysteries.  She even sat for a breezy, two-and-a-half minute video chat (above).

The Vancouver native was in the south of France to promote international sales of Frankie at MIPCOM. The CBC series is distributed internationally by KEW Media, which just announced the sale of the second-year series to the Ovation cable network in the U.S.

As this year’s 10 episodes wind down, viewers have seen the series become more of an ensemble, with the four main characters banding together to fight crime in Toronto in the 1920s. “It happened in a slow progression,” says Smith, “but now there’s no question that this is a female driven show about female equality and women getting it done.”

Between this series and Monday lead-in Murdoch Mysteries, Toronto seems like some sort of crime crazy killing zone at the turn of the 20th century.

The role comes with the odd bump and bruise, Smith admits, but the biggest hazard this season was surviving the ever-swarming mosquitoes. The series shoots in Cambridge as well as other small towns in south central Ontario.

“This summer was brutal,” says Smith. “We got eaten alive. We also had to go home each night for tick checks. It was tick craziness out there. Those were our war wounds for season two.”

Looking fresh and relaxed at the annual MIP market, the 38-year-old is no stranger to Cannes. She was in the south of France four years ago helping promote another Shaftesbury series, The Listener. Back when she was 14, her family also spent a year in the Mediterranean city.

“We would take train trips and visits,” says Smith. “Every weekend we would all hop on the train and explore a whole new little town or village.”

Smith’s two-and-a-half-year-old daughter is getting an early jump on her European vacation. Smith left Cannes to head directly to Berlin to re-join her German husband and their daughter. “She’s already fluent in German,” she says. “Since the minute she was born, my husband has only spoken German to her while I speak only English.” 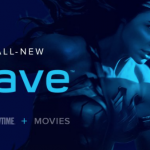