Justin Trudeau and Cardi B steal the show in the annual Air Farce New Year’s Eve special. It airs tonight, Dec. 31 at 8 pm (8:30 pm in Newfoundland) on CBC and will be repeated just after midnight.

Younger sketch mates Chris Wilson and Isabel Kanaan shine in this slick “Farce Film” which borrows Justin Bieber’s “Sorry” and applies it to Trudeau’s marathon of apologies in 2018. The bit manages to cleverly work in all seven members of this year’s Air Farce players; check it out above.

The hour-long Air Farce sketch series has been a perennial hit for over 25 years in English Canada, generally drawing 1.5 million viewers every new year’s.

As robust as those numbers are, it still falls second in Canada to the annual year-ender showcased on Radio-Canada: Bye Bye. Tonight is the 50th anniversary of the wildly popular TV party, airing at 11 p.m. and repeating the next night, on Jan. 1, at 9 p.m. on ici.radio-canada/télé. Last year’s french-language special drew a combined (and record) audience of 4.9 million viewers — pretty much all in the province of Quebec! 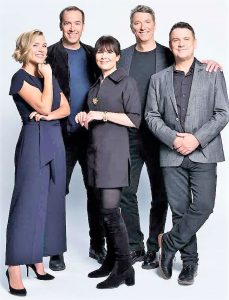 Note to CBC: is there not some way to bridge these two solitudes and put some of this french-english content together on the same show? Even Wayne & Shuster used to at least try to bilingual-up their “farewell, adieu…” end themes, and that was 40 and 50 years ago!

For more on the new Air Farce New Year’s Eve special, follow this link to my report on the live studio taping a few weeks ago in Toronto. This year’s show is one of their best, with a special appearance from Tommy Chong — just the right Canadian to comment on legalizing cannabis in Canada.

Missed on this night will be Ron James, who had his own hour-long comedy showcase for the past nine New Year’s. Couldn’t CBC have made it an even 10? Nevermind; see James live and in person the next time he comes to your town; he performs coast-to-coast constantly and — as those who saw his astounding warm-up to last summer’s SCTV reunion show in Toronto can attest — he is twice as funny in person.

And to all who visit this site now-and-then or on a regular basis: changes are underway, including a new look and regular video and column features. Stay tuned, and all best in 2019. 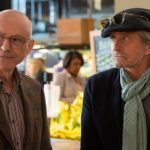 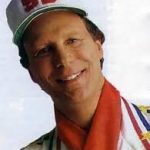