Next week, Arden’s series shifts to Thursday night for one week before the season finale airs Wednesday, April 24.

Jann‘s strong showing Wednesday is notable as it occurred opposite the opening round of the NHL playoffs. Sportsnet’s broadcast of the game between the Winnipeg Jets and the St. Louis Blues drew an overnight, estimated audience of 1,043,000 viewers. Rogers’ CBC game between Pittsburgh and the Islanders scored 713,000. The late game on Sportsnet between Vegas and San Jose pulled a further 471,000 hockey fans. Columbus’ upset of Tampa Bay drew a further 320,000 on Sportsnet 360. 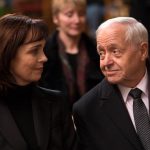