A quick look at the June 1 to June 7 Canada TV Top-30 finds that, when it comes to broadcast, Canadians are now watching newscasts or nothing.

The Numeris Totals list, which ranks programs in English Canada and includes, “total,” Live+7 data, shows the supper hour CTV Evening News as the national’s most-watched program with 1,652,000 viewers. In all, five shows cracked the million viewer mark June 1 to 7, and seven newscasts made the Top-30.

At No. 2 and 3, two reality entertainment shows prevailed: the season final of Jimmy Kimmel’s Who Wants to Be a Millionaire (1,574,000 CTV viewers) and Citytv’s lone Top-30 entry, America’s Got Talent (1,484,000). The latter should stay hot all summer with a local girl, 10 year old Roberta Battaglia of Brampton, Ont., earning a “Golden Ticket” all the way to the finals with her rendition of “Shallow.”

Global’s import Game On and CTV’s pickup of Agents of S.H.I.E.L.D tied at No. 7 with 835,000 viewers. A rerun of NCIS on Global and a tie between new episode of Blindspot on CTV and World of Dance on CTV, all in the low 800’s, rounded out the Top-10.

Some of the sweaty summer competition series, such as the import Ultimate Tag, are just not “it” in Canada. That series tumbled down to No. 25 on CTV with 646,000 national viewers.

No CBC shows, Canadian scripted offerings or sports network entries made the list. Only one specialty program, W Networks’ Good Witch (No. 24 with 656,000) cast a spell on viewers. 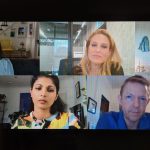 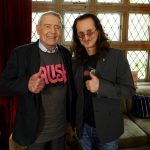