The best new show I have seen this season on broadcast network television is Pretty Hard Cases. Several other critics, including John Doyle at The Globe and Mail, have sung its praises.

So why is it having a pretty hard time finding an audience?

The CBC buddy cop show stars Meredith MacNeill from Baroness von Sketch Show and Adriene C. Moore from Orange is the New Black. They’re hilarious together as gangs ‘n guns detectives Sam and Kelly, fighting to clean up the mean streets of Toronto. The creators and executive producers are Tassie Cameron and Sherry White, veterans with proven track records on shows such as Rookie Blue and Frontier. The show has a retro feel-good vibe, featuring April Wine tunes from the ’70s and is loaded with stellar guest star performances.

You wouldn’t know it from the numbers. The series opened February 3rd to less than 300,000 live viewers nationwide. No panic — CBC has seen some series lately double their initial take over seven days. The “Live+7” measure has become an industry standard. In a highly competitive media world, the thinking goes, at least get PVR’d and banked.

According to a network source, the confirmed 2+ audience for the season premiere of Pretty Hard Cases is 417,000. That is up nearly 40 percent from its overnight audience, but well short of the 635,000 confirmed total viewers who watched lead-in drama Coroner.

Wednesdays, it must be said, are a very competitive night. The series aired opposite a Leafs-Canadiens game that drew over a million viewers. That kind of competition put a dent in the Coroner numbers as well. Pretty Hard Cases also goes head-to-head each week against top-rated US network imports simulcast on Global, CTV and Citytv, including SEAL Team, Chicago Fire and The Masked Dancer. These are Top 30 shows each week in Canada.

The hard truth is that this is what CBC faces every single night of the week, with only Murdoch Mysteries on Monday’s busting past the million-viewer mark and gaining a foothold on that Top 30 list.

The gang tackling gets worse in the streaming era. CBC must compete for viewer attention with Netflix, Amazon Prime Video, Disney+, and Crave plus everything on specialty channels such as History, Discovery, and W.

The Public broadcaster faced the same challenges in the fall when they launched Trickster, which also scored well with critics. Viewership hovered around the 170,000 live, 300,0000 Live+7 range. A second season was ordered then revoked after that series became overwhelmed with a production controversy – a shut down that might have been avoided if ratings had shown more promise.

Is there still time to build an audience for Pretty Hard Cases? It used to be that it took four episodes for a series to find a level and more for word of mouth to build. That fourth episode premieres tonight.

The network did repeat the series opener two Sundays ago, a strategy used to determine if another night might expose the series to more eyeballs. In that case, however, based on anecdotal evidence, CBC might have just pissed off viewers who had been following the promos and were anxious to see the series originally advertised for that spot: Belgravia (now on CBC Gem).

I also feel that a last-minute name change missed a golden opportunity to cut through the clutter. For two years, through its development, this show was called “Lady Dicks.” When I asked Cameron and White why the name change, it was explained that there were concerns the original title might offend some viewers.

Understood, but in a war for eyeballs, did the producers politically correct themselves out of a hit? Eugene Levy told me prior to the premiere of Schitt’s Creek that he got plenty of push back on that cheeky title. Talk show hosts couldn’t even say it, even on radio. He held his ground and the series got sampled – and won a few Emmys along the way.

One of the cast members from Schitt’s Creek, Annie Murphy, is starring in an upcoming AMC+ series provocatively titled Kevin Can F Himself. Don’t tell me you’re not curious.

Go all the way back to Desperate Housewives. Creator Marc Cherry clung to that title back in 2004. Had it been called “Suburban Women” would it have been an instant hit?

“Lady Dicks” – a slang term for female detectives – is simply more memorable than Pretty Hard Cases. I think it also sells the comedy angle more effectively. Would it have made that much of a difference on opening night or in the long run? Pretty hard to say, but CBC needs to look at every possible way it can think of to grab attention for a promising show. 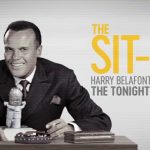 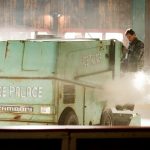