Retired publicist pal Bill Vigars reached out from the West Coast this week. He let me know an actor who headlined a hit series in Canada back when I was starting out on the TV beat was in need.

He has begun chemotherapy sessions but he and his wife Veronica are appealing for help to raise funds to add Venclexta to his AML treatments. While the immunotherapy drug has been approved in Canada and studies from America show it to be effective in conjunction with a chemo regime, the cost of the drug is not covered. The couple have been told that Venclexta could double the 78-year-old’s chances.

His wife has taken a leave of absence from her nursing career to tend to the actor.

The gofundme campaign has already raised just under half of the $50,000 goal. Donations have come in from some of Scott’s co-stars from his Night Heat days, including actor-director Clark Johnson, Jeff Wincott, Allan Royal, Laura Robinson and Eugene Clarke. I recognize several other colleagues from the Canadian television industry among the contributors.

Vigars — famed for jogging half way across Canada with Terry Fox — was the publicist on Night Heat when I visited the set for a TV Guide cover story in 1987. Hylands co-starred with Jeff Wincott as detectives O’Brien and Giambone, characters loosely based on real life NYPD veterans Sonny Grosso and Eddie Eagan. They were the “French Connection” cops who broke a record heroin bust in the early ’60s. Grosso was an executive producer on Night Heat and spun some unforgetable stories on the set the night of my visit.

Hylands stood out as refreshingly frank on that occasion, pushing back on criticisms that the series was pandering to CBS by looking too American — a knock that persists to this day whenever a Canadian-made cop series frames an outdoor scene without the CN Tower in the background.

“It’s a bit of a snarly show, and it’s grown some muscle,” Hylands told me. “So to hell with the culture and pride aspects. What we’re dealing with here is heavy marketplace reality.”

A Vancouver native, Hylands began acting in New York and guested on such ‘cop shows from the ’70s as Canon, Baretta, Harry O and Ironside. In recent years, in between much stage work, he’s appeared in episodes of Fargo, Heartland and Wynonna Earp. Six weeks prior to his diagnosis, he was on stage in Salt Spring Island, BC, in a one man Shakespeare-themed play he had written.

Regarded by many peers as an actor’s actor, Hylands has so far amassed a total of 143 IMDb acting credits. He’d like to add to that; consider donating to the fund if you have the means. Please follow the link below: 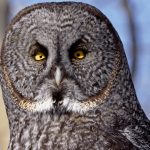 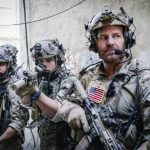