The romantic frontier drama When Calls the Heart returns for a ninth season Sunday on Super Channel House & Home. Who better to set the table for another season than Andrea Brooks?

The Vancouver actress has been with the Hallmark series since the second season as town nurse and now doctor Faith Carter. When the character was introduced, “Hearties” (the nickname for fans of the series) weren’t sure what to make of this hussy who seemed to come between schoolmarm Elizabeth Thatcher (Erin Krakow) and original series mountie Jack Thornton (Aussie actor Daniel Lessing).

“It was unlike anything I had ever experienced before,” Brooks says on the latest episode of brioux.tv: the podcast. “I remember having a conversation with Loretta Walsh (Florence) on our show. I said, ‘You have a hastag on Twitter!’ She said, ‘Oh, don’t worry — when this airs you’re going to have a hashtag too.'”

Production takes place on a 100-acre farm known as “Jamestown” in the heart of B.C.’s wine country. I visited the set back in 2013 when the show was just getting off the ground. In less than a month, designer Brentan Harron and his team of builders transformed a few empty buildings into saloons, offices, a Mountie outpost complete with jail cells, a grocery store, cafe and several row houses. They even built a mine shaft, trucking hundreds of pounds of ground up tire ash to spread along the ground and walls.

The buildings were all expertly antiqued, rubbed and nicked to look like coal town dwellings. Antique stores were raided for period fixtures, with many knickknack’s coming from Calgary including coal oil lamps.

“It feels like a real town,” says Brooks, who has seen it expanded way beyond the few buildings that were up when I visited. “It really feels like you could live there. It give you the sense of community and realness that you wouldn’t get on another show where at the end of each season, they take the set apart.”

I remember getting to ride in an authentic stagecoach brought in from Calgary for WCTH. It was pulled by two large horses, although the wrangler told me he could hitch another four up for longer rides. I took a spin with executive producer Michael Shepard and had every vertebrae in my spine adjusted.

Brooks says she’s been “on that thing quite a bit. Faith has been in and out of the town throughout the seasons.”

Pre-COVID, the production welcomed fans to several “Heartie Family Reunions” at the location. “They would bring in directors and crew and guide fans around Jamestown,” she says. “I hope that comes back. It’s a real special place.”

There are 12 new episodes in Season Nine. Brooks says she has a blast working with co-stars Pascale Hutton and Kavan Smith (Rosemary and Leland Coulter), last season’s lively podcast guests. Brooks confirms that “they really do finish each other’s sentences.”

Brooks also talks about the season ahead as well as the fun she had working on Supergirl and other projects on brioux.tv the podcast. Listen in here. 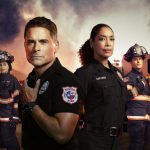 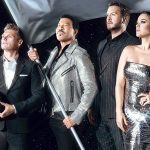 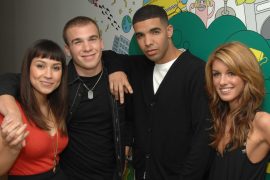 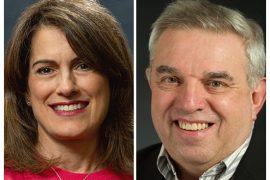