Don Cullen, who died June 25 in Toronto, had one of those faces that was made for television. Even those tiny, low-res, black & white TV screens in the 1960s. He just had a very large, black and white mug that jumped out at you as a welcome presence as one of the main comedy ensemble players on decades of Wayne & Shuster specials.

It had been many years since I had seen him on television when I encountered him in person at a salute to Wayne & Shuster in 2016. The gathering, a presentation of the Toronto Jewish Film Festival, was held at Innis College on the University of Toronto campus — fitting, since that is where Johnny Wayne and Frank Shuster met as students. The screening included several of their best sketches, including two gems from the ’50s: the “Shakespearean Baseball” sketch and “Rinse the Blood off My Toga.” Rosie Shuster, daughter of Frank, and Wayne sons Michael and Brian, were at the tribute.

So was Cullen, who was part of a talented comedy ensemble that included Sylvia Lennick, Vern Chapman, Paul Kligman, Billy Van, Jack Duffy, Tom Harvey, Larry Mann and many others. Wayne & Shuster were more than a comedy team, really sketch leads who begat Air Farce, Second City, SCTV, Mike Myers, Jim Carrey and many others.

Including The Frantics, Toronto performers who starred in the 1986 CBC comedy series Four on the Floor. Among those players was Dan Redican, who went on to write and produce for The Kids in the Hall and later helped create Puppets Who Kill and Sunnyside. Dan, who I’ve known since Grade school in Etobicoke, paid tribute to Cullen this week on social media, writing that he was “a big part of the comedy scene in Canada BEFORE there was a comedy scene in Canada.”

Redican wrote that Cullen took time out from his own career to help The Frantics get their start, directing their live sketch shows at what became the Rivoli on Queen Street and booking them into the Leacock comedy festival in Orillia.

“He literally gave me my start and never asked for anything in return,” wrote Redican of Cullen. “He was a charming gentleman who was friends with many Canadian artists, and also really knew his way around a dirty joke.”

Cullen was part of the Canadian cultural mix even before his involvement with Wayne & Shuster. Among other things, he wrote and performed in over a thousand CBC radio sketches. He landed a bottom-rung job in the CBC news department which, in 1960, led to him founding a coffee house known as The Bohemian Embassy on St. Nicholas St. It featured a mix of folk music and poetry readings and drew the likes of Al Purdy, Ian & Sylvia Tyson and Margaret Atwood.

Comedy reviews started to be part of the Bohemian mix and Cullen was talked into taking roles requiring accents. Inspired by Alec Guinness, he took pride in disappearing into parts. This eventually led to a part on Broadway in the replacement cast of one of the seminal satirical reviews, “Beyond the Fringe” (originally starring Peter Cook and Dudley Moore). When Cullen got the call asking him if he’d like to be in “Beyond the Fringe,” his answer was, “How much do I owe you?”

Other comedy reviews followed. Another Toronto lad, a fellow University of Toronto grad, asked to direct one; his name, eventually, was Lorne Michaels. Michaels’ girlfriend at the time and future wife, Rosie Shuster, is the daughter of Frank Shuster. That connection eventually led to Cullen’s 25 year association with Wayne & Shuster, which began in 1965.

I remember that Cullen brought copies of his book on The Bohemian Embassy with him to the Wayne & Shuster tribute in 2016. I regret not seeking him out in recent years to record some of those stories on a podcast episode. Anyone interested in learning more about Cullen, however, can find more information in the 2010 documentary “Behind the Bohemian Embassy.” A readily available source can be found on this 20 minute YouTube video, Don Cullen: Cultural Catalyst.

A Cultural catalyst he indeed was, and he deserves more recognition today as a generous good spirit, as well as one of the best and brightest in the early days of Canadian television comedy. 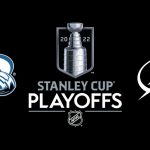 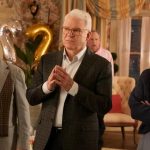 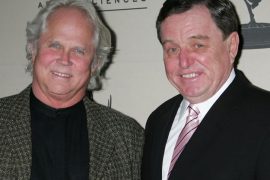