With The Amazing Race Canada taking a week off after four straight weeks at No. 1, the title of most-watched show of the week in Canada (in broadcast) was up for grabs. Wouldn’t you know it — a day after the abrupt departure of CTV News chief anchor Lisa LaFlamme — it was a CTV News show in the No. 1 spot with well over 1.2 million total viewers.

Good luck, however, finding out how the CTV Evening News will fare in future weeks when Omar Sachedina assumes the anchor chair Sept. 5. Numeris has announced that they will no longer share the results of their weekly Radio and TV Topline Data reports publicly, including the weekly TV Top 30 Programs. The final reports will encompass the period ending on August 28, 2022 and will be released the week of September 12, 2022.

It looks like, therefore, three more of these summaries to go here at brioux.tv. Networks sometimes respond to requests to share information, so, hopefully, there will be some broadcast ratings reports from time to time. In the meantime, new, weekly, Top-10 lists for Netflix and other digital streaming services have begun to surface. As always at brioux.tv, we’ll follow the numbers and report whenever possible.

In the meantime, here is the Top 10 in average minute audience across English Canada the week of August 1 to 7; all viewers ages 2+ (Live+7 data):

LaFlamme, of course, anchored the CTV National News, which ranked eighth for the week with a steady seven night average of 886,000 viewers across Canada. Many Twitter followers were vowing to tune out in the future in protest of her firing. It remains to be seen if any of them will be among the weekly Numeris families who participate in gathering the survey data. If they are, with data results no longer shared after the end of August, it may be a long time before we find out.

The Great British Baking Show at No. 16 with 546,000 Sunday night viewers was CBC’s top national draw, followed by the new drama original SkyMed in 28th place with 456,000 viewers. CBC generally did better in Toronto-Hamilton, where shows such as Race Against the Tide and Coronation Street cracked the regional Top-30. 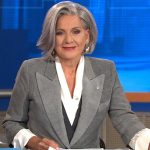 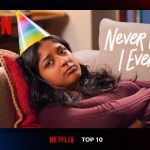