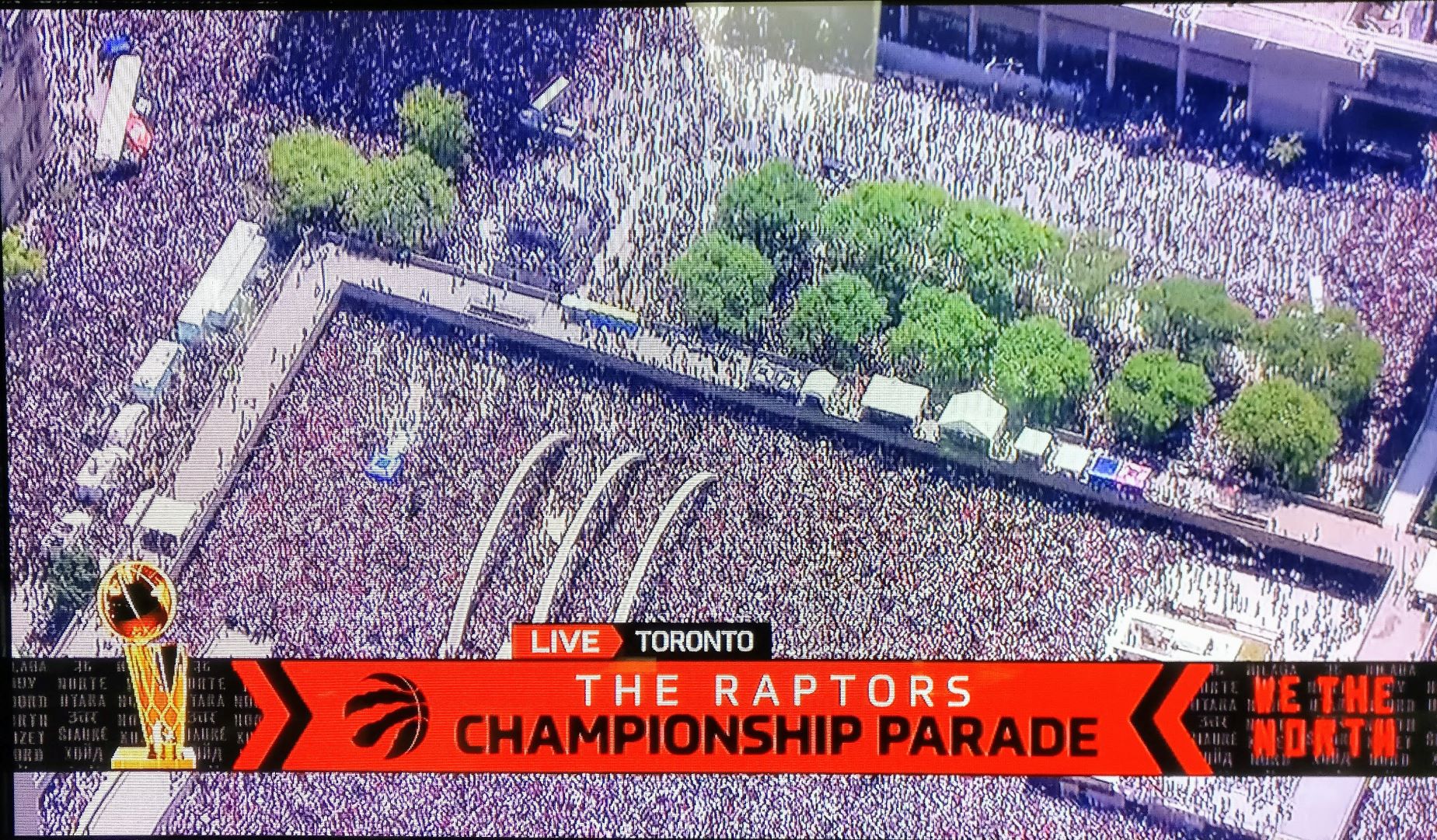 More Canadians may have watched the Toronto Raptors NBA Championship parade live in Toronto than on screens across Canada. Either way, it was a seven hour plus marathon. Coverage across CTV, Rogers and CBC stations pre-empted entire daytime schedules as the parade inched through massive crowds paralyzing downtown Toronto. Among Bell stations, including the main

This week’s CHML Talk Radio talk is all about that wacky Letterman wedding, CBC budget cuts and my trip to New York to interview Denis Leary on the set of Rescue Me. Listen as chatty Scott Thompson drag it all out of me here.Speaking of radio, CTV announced today that they are making over Toronto’s