BEVERLY HILLS, CA—Like television itself, the TCA press tour is often more about the sizzle than the steak. Especially during cable days, animal acts, multiple-partner families and Kardashians tend to drown out the smart stuff.
Day Three of this press tour aimed higher. It helped that HBO and BBC America were both part of the mix. HBO paneled sessions featuring American icons Harry Belafonte and Gloria Steinem and that certainly raised the bar.
Belafonte was here to promote Sing Your Song, a biographical documentary airing Oct. 17 on HBO. At 84, the singer/actor/activist walks with a cane but almost for show; he literally walks with it, he doesn’t lean on it.
That he still walks the walk and talks the talk quickly became evident at the session. Belafonte began with a long answer that at first brought back memories of Oprah’s windy filibuster at last January’s press tour. The difference was that Belafonte provided a sizzling sermon. It lasted three-and-a-half, single-spaced, transcript pages but most in the room felt cheated when he was cut off by HBO’s Sheila Nevins.
The lifelong activist–a central figure in the U.S. civil rights movement of the ‘60s and the anti-apartheid movement in South Africa—was asked his take on the current debt ceiling crisis. That seemed a reach until Belafonte began. “My question would be to the Congress and the President and to a lot of institutions in the United States of power, ‘What happened to moral truth? What happened to moral courage? Why has it been eliminated from our DNA?’”
Belafonte says he understands the game of politics (“I’ve been at it for 70 years,” he says), “but politics without moral purpose, really, more often than not, winds up as tyranny.”
Then he went further: “Barack Obama and his mission has failed because it lacked a certain kind of moral courage, a certain kind of moral vision that we are in need of.” He called on artists and the public to stand up and “make him do it, but wondered if we had “capitulated” to the status quo. He wondered if ordinary citizens still had the passion and desire to force change. “When [Obama] said, ‘Yes we can,’ it may have been politically clever,” says Belafonte, “but he never defined for us what he was saying. So those of us who felt we needed change filled in that space with our own images of what we thought he meant only to find out we are all disappointed because none of those things have been satisfied.”
Steinem—remarkably unchanged, physically and philosophically, at 77–was asked if she was ever dismayed with young women today who, the questioner suggested, “can dress like hookers and be okay with being treated like a piece of meat.” Steinem rejected that premise. “This generation of young women is actually much more feminist than we ever were.”
Steinem flipped it back to the reporter by asking why a young woman might dress a certain way. “Is she doing it because she wants to? Is she body proud? Is she sexually proud? Than I say great.”
Another reporter suggested that several new shows this fall seem to turn the clock back to before the Women’s Lib movement—shows like Pan-Am and The Playboy Club, both set in the early ‘60s, as well as a remake of the ‘70s “jiggle” show Charlie’s Angels. Steinem agreed that shows that hearken back to the early ‘60s or even the World War II era might be male nostalgia for “the last time we were really right.” She summed it up by saying that the hierarchical response has two poles: “The very worst men are into sadomasochism, and the very best men are into nostalgia.”
Critics in the room still breast-deep in nostalgia from a trip to the Playboy Mansion the night before started experiencing brain craps.
Steinem laughed off the notion that viewers are still fascinated by Hugh Hefner’s sex life. She suggested she could not have concocted a character like Hef. “If I had made him up, they would hang me from the highest tree.”
UPDATE: This same article is also available here at The Huffington Post Canada. 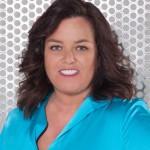 Oprah vows to smarten up OWN. Will the CRTC buy it? 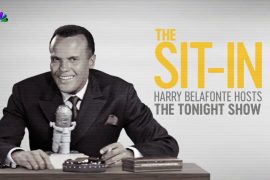