Yannick Bisson guests Tuesday night on an all-new This Hour Has 22 Minutes (8:30 p.m. ET, CBC). Bisson’s Murdoch Mysteries, which airs on Mondays, has been the success story of the season on CBC where it has quietly become the public broadcaster’s No. 1 drama. Surely an order for a seventh season will come any day. Bisson got some comedy practice in at the end of last year on CBC’s annual Air Farce New Year’s Eve special. 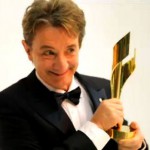 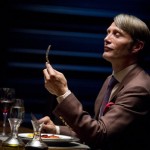