Whatever one thought of the merits of Sunday’s first annual Canadian Screen Awards, they were a winner in at least one area: ratings.
The two-hour broadcast drew an overnight, estimated 756,000 viewers on CBC Sunday night, about double what the Gemini or Genie Award telecasts were able to muster in recent years. (Except for the Genie Awards William Shatner hosted, although not even Captain Kirk was able to beam up that many viewers.)
This on a night that looked less competitive than usual on the surface but was really fairly splintered. CTV’s The Amazing Race (2,448,000) and new Vancouver-based drama Motive (929,000) took the 8-10 p.m. hours as usual. Global had an average night of ‘toon totals with The Simpsons (895,000) leading the pack at 8. CTVTwo had the debut of Red Widow at 9 p.m. (323,000). City continues to struggle on Sundays with The Biggest Loser (175,000).

A lot of Canadian eyeballs, meanwhile, were over on specialty. History had a historic night with Mark Burnett’s new miniseries The Bible bowing to 1,049,000 at 8 p.m. When he was in Toronto last month, Burnett predicted he’d top a million with his religious epic in Canada and he’d do it with almost no support from the mainstream media. At the preview I witnessed at Crossroads, the faithful were already pledging to whip up social media interest via Twitter and Facebook. I’m a believer after History’s impressive tally, which continued at 10 p.m. with the first episode of the new shot-in-Ireland series Vikings. The historic drama, starring Gabriel Byrne and Canadians Katheryn Winnick and Jessalyn Gilsig, pulled an additional 849,000 at 10 p.m., topping broadcast shows like Global’s The Good Wife (541,000).
In the U.S., Burnett’s Bible opened as the No. 1 cable entertainment telecast of the year with 13.1 million viewers from 8 to 10 p.m. on History. Stateside, it was the No. 1 trend on Twitter leading into the premiere. Vikings did 6.2 million at 10 p.m. Stateside on History, ranking it as the No. 1 new cable series launch of the year. 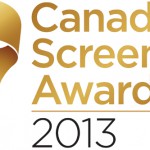