The overnight, estimated tally for Monday’s Sixth and final game of the Stanley Cup playoffs was 3,401,000 viewers. The Chicago Blackhawks last minute victory over the Boston Bruins pulled the highest playoff total since the Leafs went out in the first round. Audience levels rose as the series heated up. Saturday’s 5th game drew 2,911,000, another 2,653,000 tuned in the Wednesday before. (All data overnights).

Another 1,356,000 stuck around for Monday’s post game celebrations on CBC.
UPDATE: Look for the Cup plus Patrick Kane from the Blackhawks on Wednesday night’s Late Show with David Letterman.
The Stanley Cup capper was also a hit for NBC, with 8.16 million Americans watching the finale. Hey, why not, the Cup has been won by a U.S. team these last 20 years.
Monday was also a big night for Global. The debut of Under The Dome drew 2,085,000 viewers, a spectacular summer total especially considering it was opposite the final game of the NHL playoffs. The Stephen King thriller scored Stateside, too, with CBS seeing 13.53 million tuning in for what the Tiffany network calls the biggest summertime scripted debut since the ’90s.
Against all that heat, it was good to see CTV’s new comedy Satisfaction did not get completely lost in the clutter. The made-in-Toronto sitcom premiered to 524,000 Monday at 8, about the same as a rerun of Charlie Sheen’s Anger Management at 8:30.
CTV gained a further 722,000 at 10 with their debut of the import soap Mistresses. The Jays were also batting Monday night, with 655,000 watching on SportsNet. The Toronto-based sci-fi drama Defiance tallied 247,000 Monday on Showcase.
Boston BruinsCBCCBSChicago BackhawksCTVGlobalNHLSatisfactionStanley CupUncategorizedUnder the Dome 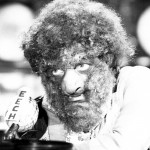 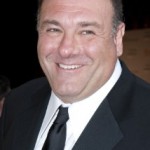