Last week, the Canadian Radio-television Telecommunications Commission released their annual financial report on Pay and Specialty services. Among the things that jumped out:
The Comedy Network,  which could be re-named the Match Game network ’cause that’s the only thing on there whenever I look, earned a pre-tax profit of $31.3M on revenues of $60.8M in 2013. The profit margin was a whopping 51.4%. The channel draws revenue directly from its 5.8M subscribers.
Comedy used to be at the forefront of original programming. This is where Open Mike with Mike Bullard, a nightly Canadian talk show, was launched. Could we maybe invest some of that big honkin’ profit into a little more homegrown programming please?
The same CRTC survey shows that MuchMusic lost almost $4M last year. What, from the open bar at the MMVA party? This service used to be the blueprint for all Canadian specialty channels, especially in terms of brand awareness. Just five years ago it earned a $6M profit.
The big drop for MuchMusic was in ad revenue. In 2009, $28M was earned in ads; in 2013, that was down to $21.5M. No wonder its being turned into Comedy2.

Overall thought, MuchMusic subscriptions rose by a million viewers from 8.25M to 9.25M from 2009 to 2013.
In terms of profitability, National Geographic is a nice little earner. It spends $10M in 2013 and brings in $25M for a 64% profit margin. Could they buy an ad on this site please?
There’s no doubt that the sports TV business is booming in Canada. Don’t fret for TSN for missing out on that hockey deal. They’ve almost doubled their revenue in the past five years, growing from $220M in 2009 to $400M in ’13, with profit tripling in the same period from $32M to $102M.

The news was better–though still bad–over at fledgling Sun News Network. Ad revenues were up 22.1% to 1.67M. Thank you Dr. Ho! Total revenues in 2013 reached $7.94M. Unfortunately, expenses topped $20.7M, although that was down nearly 7%. Sun News lost $14.8M in 2013, still bleeding profusely but down from the $18.5M they lost in 2012. So a two-year loss of $33.3M. Ouch.
Smaller, under the radar services tend to hum along on very little expenses and quietly generate profits. Take Comedy Gold, which shows the same ’70s sitcoms all day long, year after year. That strategy won’t grow subscriptions (down from 968,217 in 2011 to 894,185 last year) but the cheap costs (zero investment in programming; a total of $139,567 in acquisition of rights to tired CanCon such as Super Dave reruns) led to a pre-tax profit of $2.9M–a 56.6% pre-tax profit margin.
Other smaller stations remain profitable. OWN gets a lot of negative biz buzz but ad revenues are way up, from $1.8M in 2009 to $9M last year, bringing total revenues above $29.5M. This was driven by more spending acquisitions and higher costs, with expenses rising to $22.7M. Still, a pre-tax profit margin of 16.3% means you get a car, and you get a car…
Blue Ant’s Cottage Life earned a 23.4% pre-tax profit margin in 2013 off 2.56M subscribers. Stations such as Comedy Gold and Cottage Life are the guys on the edge, however, if the CRTC throws everybody into the a la carte pool.

The biggies are staying big, especially History, which earned a robust $51,387,451 in 2013. Investing in pricey co-pros such as Vikings wasn’t cheap, with programming costs topping $26.5M. It paid off, though, as ad revenues spiked 22.3% in 2013 bringing total revenues to $78.4M. Subscriptions were also up 3.2% to 7.87M. It all added up to a 22% pre-tax profit margin–down sharply from the giddy high of 55.2% the year before. Still, applaud History for sinking some of that profit into a series Canadians embrace to the tune of close to a million viewers each week. Differentiating their content and making it exclusive bodes well for History heading into a possible a la carte future.
All this talk of a weak ad market must apply more to broadcast networks. At Showcase, ad revenues soared in 2013 to $41.2M, up 8.6% year-to-year. Good thing, too, because Showcase’s subscriber revenues were down 15.2% at $22.98M. This despite e healthy jump in subscriptions, which topped 9M for the first time ever in 2013, an increase of 2.87% over the year before.
Showcase’s pre-tax profit margin in 2013 was 47.6%. This despite the fact they invested $17.15M in Canadian programming in 2013, a jump of more than 25%. See, it can be done.
The CRTC posted a handy snapshot of Verticaly Integrated and non-Vertically Integrated Category B specialty services. It shows VI channels operating on a 40.2% pre-tax profit margin and non-VI languishing at around 5.6%.
If you have several hours to kill and want to be a now-it-all smartypants heading into upfronts, check out the full CRTC report here. 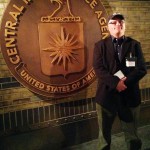 24: Live Another Day on the set

This week’s podcast: is Ford off limits?