This week, CHML’s Scott Thompson reached me in Winnipeg. I was in Manitoba on location with the cast and crew of the upcoming City comedy Sunnyside (see previous post). Cramming things in on a Friday, I had set things up for the station to reach me on cell.

Being an aviation nut (wing nut?) I was trying to jam in a little tourist time at the Western Canada Aviation Museum. This place is a treasure trove,with an amazing collection of bush planes and a special salute to the amphibious, WWII sub chasers that roamed the North Atlantic. My uncle, Ed McCarroll, was an engineer aboard one of the made-in-Canada Canso’s, just like the one on display at WCAM.

There are tours of the sprawling outdoor airplane graveyard right next to the museum. The main museum building was the original terminal for Winnipeg’s airport and pretty much the birthplace of Air Canada. I’m surprised I wasn’t charged an extra $25 bucks for luggage for walking in.  In the museum’s well-stocked gift shop, you can even find plenty of Buffalo Air T-shirts from my old pals from Yellowknife at Ice Pilots NWT.

Most impressive is WCAM’s hanger jammed with rare birds, including a full scale replica of AVRO’s second greatest curiosity, the flying saucer-like “Avrocar.” This was the Jetson’s-like Frisbee all us kids of the ’60s thought we’d be driving by now.

The last time I was in Winnipeg was 20 years ago, when CBC shot the TV-movie, starring Dan Aykroyd, about the AVRO Arrow. A large, perhaps full scale replica of the Arrow was built in Winnipeg, largely out of wood, but unfortunately it is not on display at the WCAM.

What they do have at the museum are tons of cool, hands-on goodies for kids, including flight and tower simulators. Just as I found a quiet corner of the museum and started doing the radio interview, I was surrounded by a zillion six- and seven-year-olds who appeared out of nowhere. That’s them squealing in the background on this week’s podcast. You can listen in here.

What you’ll hear above the din is my take on the recent CRTC hearings and Netflix’s absolute defiance in the face of repeated requests to share any kind of ratings information. Netflix never says how many people watch any of their shows, a stance that really bugs American programmers such as John Landgraf at FX. Now Canadian broadcasters are the ones feeling at a competitive disadvantage.

Netflox’s position is that it is not a broadcaster and thus is outside the jurisdiction of the CRTC. They basically told CRTC chairman Jean-Pierre Blais, “You’re not the boss of me.”

The ramifications of this squabble will be eyed carefully by everyone with a horse in this race in Canada. If Netflix doesn’t have to promise so much (or any) Canadian content spending, why should Shaw and Rogers be forced to play by the old rules with shomi? Or Bell with blomi or whatever they’ll call their new streaming dohickie?

So, now that I think of it, being surrounded by squealing six- and seven-year-olds while talking about the hearings? Exactly right. 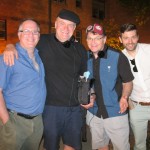 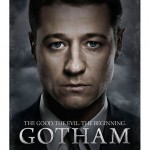 Reply To US Netflix in Canada Cancel Reply