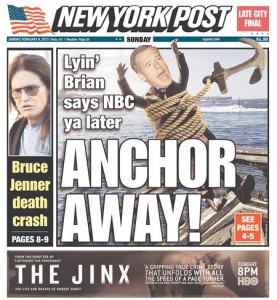 Lordy, the jokes when I was down at the TCA press tour last month about Canadian news anchors. It seemed like every day I was down in Pasadena, another Canuck news personality was  getting caught screwing up.

First it was Global News anchor Leslie Roberts, suspended and then forced to resign after it came to light that he was operating some sort of secret PR agency, and–worse–he was showcasing PR clients on his newscasts.

Seems his bosses at Global News didn’t know their star anchor had a secret public relations agency on the side.

“This sounds like a Canadian sitcom!” said one veteran American TV critic, almost in tears from laughing. “A secret PR agency!”

Sadly, he was right. Roberts’ flame out could easily have been an episode of Spun Out before that series spun off CTV’s schedule after one of its cast members became embroiled in a scandal.

Days after his own story broke, Roberts should have been sending baskets of fruit and flowers to Amanda Lang for stealing his scandal spotlight. The CBC business host crossed a similar line, it seems, after accepting hefty fees for speaking at banking conventions. Did actually getting richer than you think compromise reports on said banks on Lang’s or other CBC news reports? Lang tried to dig herself out of that hole in an op-ed piece in the Globe and Mail but, well, lets just say we all owe a big fat apology to Kevin O’Leary.

The Lang report stirred the CBC pot that has been boiling over ever since Ghomeshi became a verb. The finger pointing at Peter Mansbridge and Rex Murphy over taking big fees from corporations for speaking gigs got a few thousand more hits on Facebook.

Americans seem less concerned about their news readers trying to make a buck or two on the side. Lying about stuff to pump up a story–that’s different. NBC News anchor Brian Williams has pulled himself off the air–temporarily–after it came to light that he had exaggerated his involvement in a 2003 war zone incident that made him look badass.

Williams has apologized and tried to explain. Twitter lit up with #misremembered snark.  Then came The New York Post, which turned him into a cartoon character on its front page.

The NBC news anchor is probably the best known of the three major network news anchors today. That’s not much of a distinction anymore. Most people reading this blog, I’d be willing to bet, can’t name the other two.

Just about every reader here, however, could name the host of The Daily Show or Real Time. Many of us stopped watching real newscasts long ago because–even in Canada–they seem to have their own agendas and preach to their own pulpits. Plus, sandwiched between all those ads for all those pills, they’re pushed anybody under 65 out of the room.

Williams could not have been more gracious on the one or two occasions when I spoke with him. The one that comes quickly to mind was about meeting the Canadian Brian Williams in Vancouver at the 2010 Winter Olympic Games. Williams had great respect for Williams, be it Brian or Brian. The NBC anchor seems well liked among colleagues who cover television south of the border.

He seems ready to make the leap to comedy anyway, given his many “Slow-jammin’ the News” segments on The Tonight Show with Jimmy Fallon. If he keeps his news job, the good will he’s built up over the past dozen years will be put to the test, especially if he keeps his booking to appear on The Late Show with David Letterman Thursday. Dave loves news anchors and is likely to give Williams a sympathetic hearing.

In an odd little side twist, I’m coming home from the airport Saturday, sitting in the back of an airport limo on my way home to Brampton. A message comes over the bright screen built into the centre dash of the SUV: “Welcome aboard Bill! Lloyd Robertson.”

Robertson, it seems, was, at the same time, in another car in the same limo fleet. He somehow noticed I was checked in and, with the aid of his driver, made the surprise shout out.

Robertson, it must be remembered, was the longest-serving network news anchor in North American history, spanning 50 years between CBC and CTV. He retired as the most trusted TV news anchor ever (and still reports for CTV as part of the W5 team)..

It was a sweet reminder that trust and integrity still matters and they never lose their worth. It’s a reminder we all need to hear–not just news anchors. 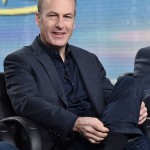 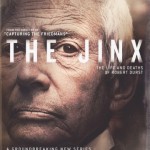