I have a confession to make. The channel I write about the least is the one I watch the most: Turner Classic Movies.

I’m so into classic film that I have a basement full of 16mm movies. TCM threds my projector these days, providing clean, perfect prints of rarely seem gems.

That’s been their shtick for 20-odd years. Frankly, lately they seem to recycle too many titles over and over. Victor Victoria, Lawrence of Arabia and The Goodbye Girl? Enuf, please.

The branding, however, is beautiful. The attention to detail, the art direction and graphics–the channel is a blueprint for all others in how to create an environment that speaks to its base.

Even the short “Word of Mouth” segments are done with care. A teaser for Thursday’s St, Patrick’s Day screener of Young Cassidy (1965) features Rod Taylor, who died just shy of his 85th birthday a year ago last January. He talks about being the Aussie in the middle of the most Irish story (he’s playing young playwright Sean O’Casey). He’s surrounded by the toast of the Abbey Theatre, including a very young and beautiful Maggie Smith. The director is the great John Ford. It’s also Julie Christie’s first film.

Clever yarn-spinner Taylor tells a tale about making Ford cry that makes you set your PVR for the 3:30 p.m. start time three days in advance. 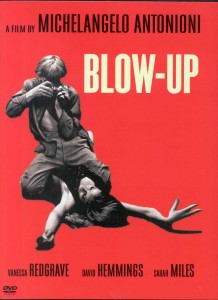 Beyond the details, TCM just seems to have stepped up its game lately. They’ve shaken up the programming with smart, innovative themes. Tuesday night was a straightforward salute to Martin & Lewis on Jerry’s 90th birthday. The bonus footage was Hollywood survivor Lewis yakking about Artists & Models and other gems with host Ben Mankiewicz (Lewis gets extra yak time on the site.) I’ve never quite understood Lewis’ hammy charm but am always up for ex-cartoon director Frank Tashlin’s gifts for gags and timing.

More original and compelling has been TCM’s month-long Spotlight on films Condemned by the old Catholic League of Decency. Every Thursday, this mild-mannered nun Sister Rose Pacatte intros films once deemed so steamy they could send an alter boy straight into Hell. This Thursday (March 17) features a good list, including Billy Wilder’s Kiss Me Stupid (1964), Never on Sunday (1960) and one I studied back at St. Michael’s College, Blow-Up (1966).

The TCM trailer for the “Condemned” spotlight is so cheeky and compelling you can’t take your eyes off of it. Say three Hail Marys and check it out above. 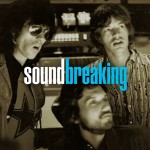 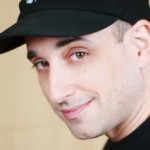