Lots of good news on the Star Trek: Discovery front.

First: Thursday’s episode, “Light and Shadows,” is custom made for fans.

It brings even greater depths to the eternal ‘Search for Spock’ (who we finally get to see). Young Spock, old Spock, future Spock — fans can’t get enough. Spock remains the enigma wrapped in a riddle, with his human mother Amanda (Mia Kirshner) helping, in this episode, to unravel.

Also it is a fast-moving episode with less yakkity-yak and none of that numbing Klingon blather. The tidy script punches home the urgency of an action-packed, time jumping episode.

Thirdly, it has one hell of a martial arts, mano-a-mano, with Michael Burnham (Sonequa Martin-Green) and the evil, ever-intriguing captain Georgiou (Michelle Yeoh). This episode has so much to recommend it.

Bonus was we get more brilliant science moments courtesy of Tilly (Mary Wiseman) and Stamets (Anthony Rapp). As Stamets tells Tilly and the audience, “Trust the math.”

CBS must be trusting the ratings and subscriptions math: the network announced Wednesday that they are ordering a third season of the series. That’s great news for the Toronto-based production crew. 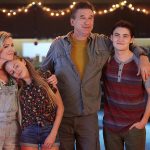 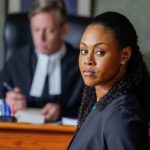 MARCH CALENDAR: a busy month of premieres and returns