[This is the first in a series of monthly profiles of people who work behind the scenes in the Canadian TV industry. Look for a different profile in every brioux.tv newsletter.]

You think it’s easy learning how to roll over and play dead in Canadian television? If you’re impressed with the canine cop on the new Citytv series Hudson & Rex, thank Sherri Davis. The Ancaster, Ont., based trainer is the one barking orders to Diesel vom Burgimwald on the series. Diesel is the magnificent German Shepherd who plays Rex opposite two-legged star John Reardon. Brioux.tv recently spent a few minutes hounding Sherri for some background on her doggie duties.

How long have you been working with Diesel?

Our one year anniversary was last week.

Is Diesel just a pup?

Yes, Diesel’s just two-and-a-half. He is a green dog; he’s never done film before. One year ago he knew nothing about the film world.

How has it worked out on set?

Are German Shepherd’s easier to train than other breeds?

You know, I don’t think so. Film work is a little different than just training them to be a house pet. There’s so much that goes into it. It honestly depends not on the breed but on the disposition of the dog and their temperament. You don’t want a dog that’s really hyper and off the wall; at the same time you don’t want a dog that’s lazy and could care less about you.

I’ve heard that’s true of all actors. Where did he come from?

Diesel is actually related to the very first Rex. [The international franchise originated in Austria as Kommissar Rex in 1994.) All of the bloodlines come from Germany. His breeder has been breeding the same bloodlines for over 40 years. You’re guaranteed the soundness, which is really what you want, because then you’ve got to throw in gunfire and explosions and lights and cameras and crew and smashing and bashing…

You need a couple of dogs for work on a series, right?

I have Diesel and then I have his two nephews. There are all green dogs doing this green show, which is amazing.

One is a stunt dog and one is a stand in?

You’ve got it. Iko is the stunt double and Izzy is the photo double. Diesel is the class clown who runs in and kisses everybody, so we use him for some of the photo double stuff.

How long have you been doing this?

What are some of the other shows you’ve worked on?

I’ve worked on television series as well as MOW’s and features. So Flashpoint, Murdoch Mysteries, “Shelby, the Dog Who Saved Christmas”… before Murdoch I worked with Yannick Bisson on Sue Thomas, FBI.

How did you get into it?

By fluke, actually. They were up here from LA looking for a trainer and they needed 100 dogs who could work together in a pack and they couldn’t find anybody. Unbeknownst to me, somebody who was taking classes through me said, “Go to my trainer, she’ll be able to do it,” and it just snowballed into a career after that.

I do training classes for the public as well as my movie work. I called up my clients and my own dogs, called them up and told them I could have it done in a couple of days.

What is the strangest request you’ve ever had?

I did 650 rats for “The Colony” (1996). We had a tractor trailer full of rats that were flown in from all over the U.S. We had them all done up in what I called my “ratmobile.” They were all sexed and aged. They had the jumpers and the stunt rats and the behaviour rats and the running rats – it was crazy.

What did you do when that was done? Did you ship them back?

Most of the rats actually had other jobs afterwards. They went to other films. Some of them went to some of the theme parks to do performances.

…And some became TV critics. Do you have you own pets?

I do. I have a lot of dogs. I do a lot of rescue and rehab. The dogs who basically don’t have much of a future I’ll rehab them and put them in films. Some of them can’t be because they have trigger responses so they’re out at the ranch and they get to run with their friends all day long.

Mention some of the stars you’ve worked with.

There’s been a ton. Chevy Chase, Maggie Q… oh lord, there’s been a lot. They all love animals. John Reardon, who’s also in Hudson & Rex, has been absolutely fantastic with Diesel. 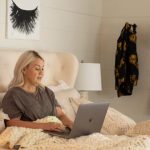 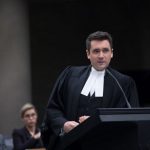