The Raptors were the top draw on TSN with 422,000 watching the NBA playoff bound team defeat Brooklyn. Another 316,000 tuned in to TSN to watch Canada take on Sweden in curling. Sportsnet drew 367,000 for Jays and Orioles, with another 341,000 watching the NHL tilt between the Senators-Rangers.

While we’re on Wednesday, here’s a look at how much of a bottomless resource The Big Bang Theory still is at CTV. A 7 pm rerun of the soon-to-end sitcom outperformed every other series in prime Wednesday on CTV Two at 284,000 overnight viewers. It pulled 701,000 a half hour later on the main CTV network, beating everything but Grey’s and Whiskey.

Looking back at Sunday’s CSA awards, the Academy may want to re-think that no-host approach. Keep in mind this spans the era of generally declining overnights. Nonetheless, here are the 2+ ratings trend they’ll want to reverse (counting down from when the CSA’s began): 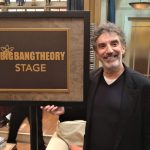 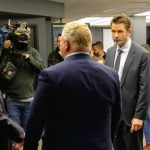